The ground under their feet might not be very steady these days, but the staff at Washington City Paper remains focused on their mission.

Alexa Mills came to journalism at the age of 32 and “job security was not my expectation. That’s not my framework coming into this,” she said. 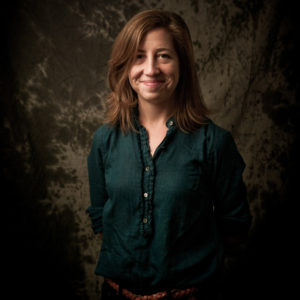 Perhaps that’s why she’s keeping an even keel as the City Paper is seeking a new buyer.

The staff has been “really high energy” since word came out a few weeks ago that the paper was up for sale. “I said right away, there’s no point in us being sad sacks. We love journalism, so let’s have a great time, we’ll figure this out.”

Her staff of 10 – nine if she’s not counting herself, she believes – remains dedicated to doing good work and acting as D.C’s local paper.

The Washington Post “does less and less every month with local. Their focus, thank goodness, is on national and they’re killing it,” Mills said. “But we’re killing it locally. We dominate,” with coverage focusing on housing, food and other issues of intimate interest to City Paper readers and district dwellers.

Even with an uncertain future, the City Paper and its staff have dreams of adding to their coverage. “We’d love to do health. I’d love to have a sports report.” There’s a reporter at the paper now who wants to cover social justice issues, taking a localized view on issues of immigration and the uptick in protests that have become more common in the past few months.

They recently wrote about a reporter in New Haven, Connecticut, who “saw the writing on the wall in New Haven with changes in the way information is delivered. He launched a new site, the New Haven Independent, which is online-only. He had the DNA of an alt weekly but he’s New Haven’s news. I think that’s one way we’re thinking about” the future of the paper.

The paper also has the support of its competition. Washingtonian and DCist both have published articles about the City Paper’s uncertain future.

“I think competition is important in news,” Mills said. “One thing we’ve heard from other outlets is they do want us here. DCist put an article out about our situation. … When we’re competing with another outlet, whether it be the Post or WAMU or DCist for a story, that forces us to think about our angle, what additional interview can we do, what additional reporting can we do. That competition really benefits readers in D.C..”

It also helps readers, she said.

“I think journalists, you hate the person who gets your story better than you, but you don’t want them to go away. I think the media market for local news in D.C. is not saturated. We want to stay here. We want to participate.”

Alexa Mills, editor for the Washington City Paper, joins producer Michael O’Connell to discuss the future of her publication and the importance of local news in a town dominated by a major national newspaper.