Bots have become a four-letter word in some circles — just ask any concert goer who’s lost out to a ticket bot in the past few years and couldn’t get into a sold-out show.

But for John Keefe, bots are another tool to help journalists do their jobs. 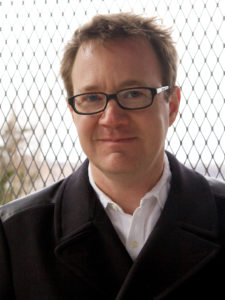 John Keefe is a bot developer and product manager at Quartz.

“A big focus of what we’ve been focusing on is software you can talk to,” said Keefe, a bot developer and product manager at Quartz. There are chat bots and things you can type with, and there are voice bots, like Google Chrome or Amazon’s Alexa. Then there are bots that can perform tasks, like monitoring social media feeds or websites for a particular activity.

“We have started looking at ways we could help journalists here at Quartz,” he said.

For example, many newsrooms have incorporated Slack channels as a way to collaborate on stories, share ideas and work together. But Slack is also a “great platform for building bots. A person on your team could actually be a bot. It comes with a simple Slack bot that will offer to remind you about things and it can be really helpful for things like that.”

Keefe and his team at Quartz made a bot, called Quackbot, complete with a little duck icon.

“Initially, Quackbot is pretty simple. We wanted to work on getting it operational, making it secure. We’re teaming up with Document Cloud to host and manage the bot itself,” Keefe said. “It can take a screenshot of a website, it will also scan a webpage for clichés, that’s something we made for fun here. In the coming weeks it’ll get even more sophisticated (and will be able) to monitor a webpage for you.”

Bots can also monitor social media feeds and put out details when it notices activity. Take, for instance, the “Wannacry” ransomware that was encrypting hard drives and could only be turned off when a ransom was paid in bitcoin, a type of cryptocurrency.

Bitcoin wallets, into which the ransom was paid, are publicly visible, Keefe noted. Quartz reporter Keith Collins created a bot, @actualransom, to monitor the three wallets the ransoms were paid into and programmed the bot to tweet every time there was a transaction in any of the three wallets.

Not only did the bot tweet when a ransom was paid; after a while, it started tweeting withdrawals.

Researchers didn’t think the criminals would be so bold as to actually try and use their ill-gotten gains, but the bot noticed the activity and reported it. Others jumped on the story and, later, Collins did too. His bot got the credit for breaking the story.

John Keefe, a developer in the Quartz Bot Studio and the product manager for Quartz’s apps, joins producer Michael O’Connell once again, this time to discuss the use of bots in journalism, from setting reminders to breaking stories.

Special Announcement: We’ll do it live!