‘Tis the season for giving – to local news organizations. 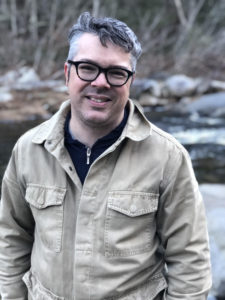 Josh Stearns of the Democracy Fund

The Democracy Fund is one of four organizations helping to raise money for nonprofit, independent news organizations around the country, ranging from small, hyper local publications to national investigative watchdog organizations.

The News Match project started last year with the Knight Foundation but only ran for about a month, from December 2016 until January 2017, says Josh Stearns, an associate program director with the Democracy Fund. “This year, News Match is a $3 million fund to match donations with news organizations with the Knight Foundation, the MacArthur Foundation, Democracy Fund and the Ethics & Excellence in Journalism Foundation, all four foundations working together to bring new donors to the table for local journalism.”

There are 110 newsrooms enrolled in News Match this year, orchestrated through the Institute for Nonprofit News. INN developed a series of eligibility requirements for participants in order to help new donors understand who they were supporting, Stearns says. The organizations “presented a really simple way to say we know these newsrooms are upholding great editorial standards, they’re committed to transparency” and that there are uniform standards in place, he says.

One of the overarching goals of News Match is to develop a new revenue stream for the beneficiaries of grants. “For those funders who don’t know the difference between different kinds of newsrooms, having one baseline to point to was a way to make new donors feel comfortable. In the last month or so, we’ve seen new foundations respond. More than 20 new challenge grants have been set up by local newsrooms in coordination with or separate from News Match. Some are getting triple, quadruple or even five times matching dollars for every donation that comes in through the end of the year,” Stearns says.

Ultimately, News Match and the four foundations want to help these nonprofit news organizations establish their own steady stream of reliable donors, mostly based in the communities they cover.

“If News Match is successful, we’ll double the $3 million we start with, so there will be $6 million total raised, if not more, by the end of the year. That in and of itself is great,” he says. “Real success looks like news organizations better equipped to develop revenue streams rooted in support from their communities. That’s the capacity building piece that goes along with the fundraising piece and what we’re really excited about.”

Josh Stearns, an associate program director with the Democracy Fund, joins producer Michael O’Connell to discuss News Match, a program in which donations to selected independent investigative news organizations are matched (or tripled or quadrupled) through the holiday season.