The concept of video journalism is as old as the television broadcast, but it doesn’t need to be predictable or boring.

“It’s been through the ring,” says David Dunkley Gyimah, a video journalist who leads the Innovatory disLAB (UK) and is currently an Asper visiting professor of Journalism at the University of British Columbia.“Video journalism, as a label for whatever this thing is, has been around since the 1950s. It meant something else then. It surfaced again in the 1990s as a way of one person doing video … one person would grab a camera, go out, shoot, do the stand-up and sometimes come back and edit.” 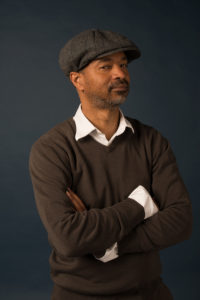 The BBC itself adopted the one-person-band approach to video reporting in the early 2000s and newspapers soon followed, he said.

Reporters are still out there telling stories, finding and searching for the truth in their work, but Dunkley Dyimah compares it to the impressionist painters that came after realists.

“Impressionists came along and say ‘we’re going to do the truth, but this is our impression of it,’” he said. “That’s what happened. The idea of training people still within the (premise) of telling the truth, being honest, letting them tell their stories in a myriad of ways and styles changed. It became something akin to the package,” or the concise ways in which broadcast reporters produce and air their stories.

But therein lies a risk: Now there’s a generation or more of “marketeers and PR people” who can present information in visually the same style and cadence as a reporter’s package because they know and understand how this presentation works.

“The result of video journalism being absorbed into this mainstream idea of oh, it’s just TV journalism, it’s forced a number of people, including me, to look for new ways to define this thing,” he said.

They’re finding inspiration in cinematic elements – not of the big screen Hollywood variety, but of powerful, strong images as a way to grab viewers’ attention and bring the news in more meaningful ways.

Visual storyteller and cinematic journalism expert David Dunkley Gyimah joins producer Michael O’Connell to discuss how video journalism has changed, and stayed the same, since its inception in the 1950s.

#297 — Learning, relearning and unlearning the magic of broadcast