Five years ago, marketing companies and shops that worked on corporate branding had it easy. They controlled every aspect of their client’s messaging and reputation and what the world knew about the company.

How things have changed. 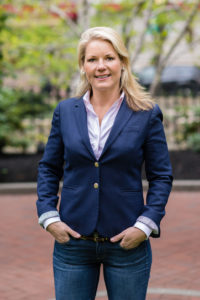 With a few clicks on social media, a brand’s message or intent or content can be taken out of context and, just like that, someone can “manipulate content along the way and you lose control,” said Carey Hennigar of Storyful.  “Brands have to worry about things nowadays that didn’t exist five years ago.”

In the not-so-distant past, everything was spelled out clearly and neatly. “Brand marketers or a communications team, they knew the content they were going to put out, which billboards they were going to put out, what TV commercials, even the social (media) they had more control over. Now there are billions of pieces of content that exist on social and online, that they themselves had nothing to do with creating.”

At the same time, consumers and end-users are so bombarded with information, it’s hard if not impossible to remember where a certain bit of information originated, let alone whether it’s true. “It’s really easy for a bad actor to come in and pose as the Idaho Guardian, a made-up publication, and pose as a news outlet and have fake news,” she said.

Some operations just can’t stay ahead of the curve when it comes to protecting their reputation, either from outside influence and manipulation or resurrecting their good name in a crisis situation.

This is where Storyful’s tactics come in handy.

Storyful has access to different kinds of social media dashboards that can provide valuable insights into where content comes from and how widely it’s being circulated — and within which groups.

Something “might have gotten 100,000 likes, but it’s all the same people, it’s an echo chamber and no one is engaging with them,” Hennigar said. “Without that context, a company’s executive could go to media and make a wrong play or use language that doesn’t resonate because it’s not an issue. They’re putting themselves in a reputational crisis that didn’t exist.”

Storyful works with companies to understand this kind of context and explain relationship and reputation-building practices to build credibility and trust with messages that will resonate with their intended audience. Even though it’s a marketing technique, it’s not all that different from a reporter trying to tell a compelling story, starting with an eye-catching headline that draws readers in, she said.

#303 — A public farewell for the very private Tragically Hip