Smartphones are a passport to other lands, making them an ideal tool for immersive journalism.

“I’ve seen the glaciers melting in Greenland, I’ve been to a lot of refugee camps,” said Laura Hertzfeld of Journalism360. “Not to say it’s the same as going there, but you do get a sense of place” that simply can’t be offered through traditional print or broadcast journalism outlets. 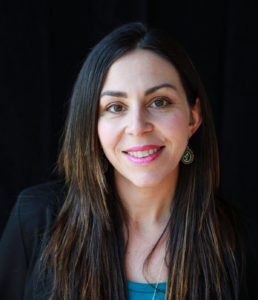 Hertzfeld got her start in journalism as an energy reporter in Washington, D.C., but after a little while realized she wanted a change. She moved west with the intent of staying in San Francisco for a few months; instead, she was among the first journalists hired by Yahoo News in 2003, when many people got their daily news from the website’s feeds.

Since March 2017, she’s been working with Journalism360, an immersive project of the Knight Foundation and Google News Labs housed at the Online News Association. The initiative has a simple but lofty goal: “How can we build a community of people working in immersive (journalism) now and people interested in it,” she said.

Immersive journalism “can be that is a full virtual reality experience, headset on, walking around a space somewhere, exploring. It could be an augmented reality application,” like the one the New York Times created for a recent exhibit on David Bowie, in which visitors to a museum could open an app and, as they toured the exhibit, costumes from the prolific and experimental artist’s career would appear on their phone to be explored right in front of them.

“Eventually, it’ll all come together … we don’t know yet. It either brings the web to you or it puts you in another place entirely,” Hertzfeld said. “For journalists, there’s a real opportunity there in storytelling to go to the next level, to bring you to a place you to a place you couldn’t go.”

She points again to a project from USA Today that took viewers along the entire proposed stretch of the border wall between the U.S. and Mexico. The application mapped every mile of the wall. “You’re able to walk through and see what it’s like to be there. Things we couldn’t do in the same way before.”

Of course, there are new challenges in presenting information in this way. Journalists would no longer prescribe a set way for a viewer or reader to go through a story. “A lot of times … it feels like ‘choose your own adventure.’ It puts the experience in the hands of the person watching it and experiencing it. … I also think it creates the opportunity to trust readers and viewers and also come up with new ways of telling stories.”

To help spur those new ideas, Journalism360 has just launched the second round of its grant program, looking for teams ready to help push the envelope even further into the immersive, augmented and virtual reality space.

Laura Hertzfeld, director of Journalism360, joins producer Michael O’Connell to shed some light on the brave new world of immersive journalism and how virtual and augmented reality can help journalists take their viewers and readers into the lives and lands of their articles.

#308 — How to create interactive, immersive experiences in journalism