The Milwaukee Journal Sentinel was in a position all too familiar for most newsrooms: It had great stories from a hardworking, dedicated staff, but it wasn’t making the biggest waves on social media.

Emily Ristow, the social media and mobile editor for the paper, decided to try something new to shake things up. She and her team made a schedule. 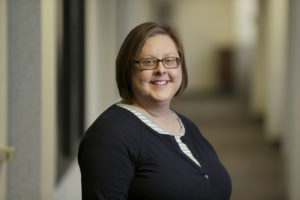 “I think when we first started, it would be generous to say we had any sort of social media strategy at all,” Ristow said. “When stories got posted online, it was often tied to the print deadline. We were trying to get it up on Facebook at some point, send a tweet. It was not really organized or strategic. Our first step was to set a schedule for Facebook so we could figure out what was working and what wasn’t.”

Things were a little “chaotic” at first, but they developed a schedule down to the half-hour, skipping some based on when their intended audience would most likely be online and looking for news.

“We looked at what content we wanted to share at that time, whether it’s a certain subject or a certain type, a native video or photo versus a link share. Once we established that schedule, we followed it religiously for a few months so we’d have data to actually look at to see how we’re doing,” she said.

The result? The company’s digital reach has grown six times this year alone.

The Journal Sentinel was in the midst of taking a fresh look at how it was incorporating its digital presence across the board, Ristow said. “We were paying attention to posting stories throughout the day on our website,” which included separating the digital posting from the print deadline.

There’s now a point person on each shift who is responsible for scheduling and writing Facebook and Twitter posts for the paper’s flagship page, as it has the biggest audience and drives the most traffic to the paper’s website. This also helped to establish a consistent voice for the posts. Suggestions from reporters on which articles to post and the language to use on social media are provided through a dedicated Slack channel and have been helpful, she said.

Of course, when something breaks, it gets priority over the established schedule, but the digital staff also will find ways to supplement the initial post or story with other elements, including photos and video, throughout the day to keep coverage moving forward, Ristow says.