If journalism is a crucial component to a healthy, functional democracy, why do ad rates and subscriptions drive the size of newsrooms and the work journalists can produce? 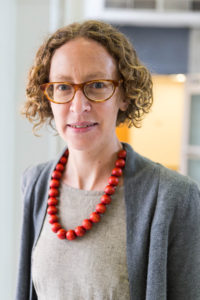 That’s a question that has stayed with Magda Konieczna from her days at the Guelph Mercury in Ontario through her career and into her classrooms at Temple University, where she’s an assistant professor in the Klein College of Media and Communication.

That question is also the inspiration behind her new book, “Journalism without Profit: Making News When the Market Fails,” which looks at newsrooms that operate without the financial expectations of shareholders.

“What’s different about the organizations I’m studying is that they’re intentionally not for profit,” Konieczna said. “It’s in their DNA. They don’t have shareholders waiting for profit statements at the end of the year. They don’t have big corporations above them that are trying to produce a lot of profit. They’re more rooted in the idea of journalism as something essential for democracy and are built around that concern.”

There’s a story popular among journalist in Canada, she said: A group of men would get together every week to complain about their local newspaper. One day, these “grumpy guys” decided to each contribute $100 to see how far they’d get, creating and producing a newspaper that they felt better represented the needs and interest of their community, just outside Toronto.

The publication existed for about 18 months before it folded, but it left an impression. “Hearing that story and chatting about it with some of them 10 years later made me think about what other ways can we support journalism. The idea of the book was born during my time at the newsroom,” she said.

Now that her old paper is closed, there isn’t anyone covering the city council meetings she’d cover faithfully, Konieczna said. Her city is hardly alone, and while blogs and websites and weekly papers can help fill the void of daily newspapers, there are bound to be gaps.

Nonprofit journalism can help fill those holes in coverage, she said. Look at an organization like Pro Publica, a not-for-profit organization that started with grants and has earned a reputation for exceptional journalism due in part to collaborations with bigger operations like the New York Times Magazine.

“That’s a space where these news nonprofit models for journalism can really shine, these collaborations and co-published pieces,” she said. Some are smaller and more marginal, like the MinnPost in Minneapolis, which is “more of an online newspaper, publishing every day, publishing a mix of work, not doing as much sharing and collaboration (as other organizations). They’re more collaborative that the average commercial newsroom. They’re trying to operate and produce journalism without having that profit motive hanging over them.”

Magda Konieczna, an assistant professor at Temple University’s Klein College of Media and Communications, joins Michael O’Connell to discuss the importance of journalism to democracy and how nonprofit models could help fill the gaps in local news coverage left by diminishing newsrooms.