When The National Memorial for Peace and Justice opened earlier this year, the Montgomery Advertiser saw an opportunity.

It was a rare chance to apologize and take responsibility for past sins, when the paper was complicit in the lynching deaths of thousands of men and women.

Bro Krift, the paper’s executive editor, and Brian Lyman, its state government and politics reporter, published a series of articles and an editorial to apologize for the paper’s “callous indifference” toward the practice of lynching and the casual shrug it gave to the people who died. 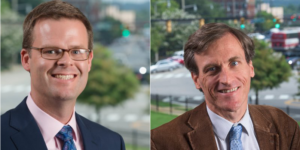 “I read through 20 years of stories and editorials on this stuff and there was always as sense of, yes, lynching is bad but we don’t want to do anything about it,” Lyman said. “If you look ahead to the paper’s coverage of the Montgomery bus boycott, it was amused cynicism, which was wholly inappropriate. When they had the Selma to Montgomery march, there was hostility directed toward the protesters. This paper didn’t wrap itself in glory when it came to covering these events right through the civil rights era.”

The opening of the memorial felt significant, not just for Montgomery and the county in which it was built, but for the south as a whole, especially in a changing world.

In the memorial, “you’re supposed to look at the past and understand where you came from and reconcile with those issues,” Krift said. “I didn’t exist in the 1860s, but the paper did. We were very much a part of it. If we were going to be asked that (question) within the memorial and museum, it only made sense for us to write the article that looked at our position, that looked at who we were as a paper and reflect on it and take responsibility for what occurred and how we proliferated the idea of white supremacy.”

In his research, Lyman was particularly haunted by the story of Robin White, a man lynched at the age of 27 in one of the few cases where white men were tried and convicted for his death, although all but one were later pardoned.

“When you’re reading through these lynching stories and confronting the transcripts, when you hear the lynchers’ words, they’re not even viewing their victims as human, they’re not expressing any regret for what they did,” Lyman said. “Robin White exists in the 1900 census and a few court records. There’s so much we don’t know, it screams to learn more. He was 27. He was married. He had a brother. His father, who was born into slavery, was still alive at the time he was murdered.”

When the museum opened, volunteers carried empty jars with the name of a person who’d been lynched written on the label. The jars were to be filled with soil from the county in which they were killed. One woman told Lyman she didn’t know anything about the man whose jar she was filling but she felt like his tombstone.

“That’s kind of how I feel about Robin White,” Lyman said.

It’s All Journalism producers Michael O’Connell and Amelia Brust talk to Bro Krift and Brian Lyman of the Montgomery Advertiser. Inspired by the opening of The National Memorial for Peace and Justice earlier this year, the newspaper examined its role in perpetuating racism and racial segregation during the Jim Crow era.

#324 — Lynching, racism and seizing a moment to atone for a paper’s past sins