Most news outlets are driven by a need to break news, to be first on a story or to add some detail no one else has just yet.

The Correspondent, on the other hand, wants to introduce the United States to its model and philosophy of un-breaking the news.

A crowdfunded news site that relies solely on choose-what-you-pay contributions from its subscribers, The Correspondent launched in the Netherlands in 2013 after breaking world record and raising $1.7 million in 30 days. 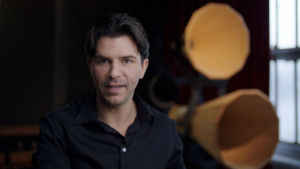 “We’ve been growing steadily ever since, the fastest-growing ad-free journalism platform in Europe,” said Rob Wijnberg, a co-founding editor. “We wanted to start a daily antidote to the news grind.”

Now The Correspondent has more than 60,000 paying members and is looking to launch in the United States in 2019, if it can get the support it needs to start.

“The Correspondent will only be a reality if we reach our fundraising goal of $2.5 million by Dec. 14,” Wijnberg said. “If we don’t hit the goal, it won’t exist and the people who have contributed will get their money back. Once we hit our goal, we will build a team and we’ll launch in spring 2019.”

So how, exactly, is The Correspondent different?

It’s based on 10 founding principles, among them being mindful of supporters’ privacy, providing coverage that goes beyond standard headlines and re-think what it means to be “news.”

“It’s not going to be responding to current events you see everywhere,” he said.

Further, there will be wide and deep collaboration between journalists and members, something Wijnberg said is “integral. You see that in other media – Wikipedia is a famous example where readers work on articles, but you don’t see much of that in journalism yet.”

Another way The Correspondent is different: There’s a dedicated conversation editor “whose job is to get people to share expertise on topics we’re exploring. By actively inviting (readers and subscribers) to do this, the comment section we have is very different from what you’re used to on traditional sites.”

Rob Wijnberg, a co-founding editor of The Correspondent, explains to producer Michael O’Connell how a crowdfunded news outlet that cares more about diving deep than following the headlines is preparing to take on the United States after five years of success in Europe.