We talk a lot on our podcast about “young journalists” coming into the field and what they should know in order to succeed. Wasn’t it about time for us to have a young journalist in to talk about the challenges of finding that first job?

Margaret Ely has come a long way in a short time.

A recent graduate of the Indiana University School of Journalism, she’s now a Web producer at The Washington Post. 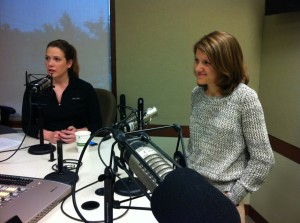 “I just had no idea what I wanted to do,” she said. “But, I took one journalism class and I fell in love with it. We did a current events quiz and I aced it. That makes me sound really silly. I was just like this is so fun and there’s so much you can do. You can do broadcast or you can do public relations, Indiana kind of gave you all of that. It just rung with me for some reason.”

Ely decided to follow the newspaper track at the school, because that seemed the natural thing to do. But she eventually realized that if she wanted to find a job, she needed to switch her focus.

“I don’t know who told me or how I figured it out, but I realized probably junior year of college that as much as I loved newspapers and I loved reporting and I love writing, I realized that I needed to build a set of skills that were Web based,” she said. “I need to learn what SEO [search engine optimization] means, I need to learn how to code. I need to do Web design. Not to replace my newspaper training, but to supplement. I think if anyone wants to succeed in this industry right now and wants to get a job, they need have those things.”

Although her j-school training helped to hone her skills, it was Ely’s own initiative that led to her current job at The Post.

Ely is fortunate that her job producing for The Post’s Local Living section allows her to use her digital skills every day, while affording her opportunities to write and report stories.

One of her primary duties is overseeing a regular home design feature called House Calls.

“It’s almost one of my favorite things to do, which some people would think is funny,” Ely said. “It is a weekly series every Thursday when Local Living comes out. We have a designer paired with a homeowner who wants a different room in their house redone.”

Ely’s job is to “run the train.” She brings together the designer and homeowner, writes about the redesign and incorporates visual elements such as photos or illustrations to create a multimedia package for the Living Local section.

“Every single week, I have to come up with a different way … of writing about how the designer wants the room to look,” she said. “So all the little blurbs and stuff come from me. When you do something routine, it really strengthens your writing because you can’t be boring every single week.”

Although Ely is just a year out of school, she’s already feeling the need to learn more skills to help with her career.

“Not back to school, but I always feel like I need to constantly be learning,” she said. “You cannot become complacent. I do see people at The Post that have been in the industry for a while and they don’t have a Twitter [account] or they don’t understand what WordPress is, and that’s OK, but for someone or for me, I’ve always been on the cusp of technology and I want to keep up. That’s the only way that I’m going to be successful.”

Read a transcript of our interview with Margaret Ely.