A “divine” meeting between Shaheen Pasha and Yukari Kane forged a powerful friendship and partnership that gave rise to the Prison Journalism Project, an initiative to help people who are behind bars and have a passion for writing to find a wider audience and change the conversation about life in prison.

“All the issues we care about, homelessness and drugs and mental health and public school education, it’s all really tied intricately to the state of incarceration,” Kane says. 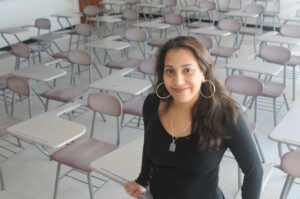 She had never covered the criminal justice system or anything pertaining to it before she was offered the chance to teach journalism to inmates at San Quentin. “I thought I’m going to do something outside my box. It was completely perspective changing.”

For Pasha, who had experience covering court cases, it was a personal experience that brought her to develop a passion for this work.

“It wasn’t something I thought much about beyond what happened in a courtroom,” she said. “But then I became one of the millions of Americans who has a loved one behind bars. My best friend was arrested and sentenced to 150 years in prison in New Jersey. Suddenly, I had to think about someone I love whose life is behind bars. I went to visit him shortly after he was sentenced and it was this moment where I was looking at someone who I knew, super intelligent, who had so much he could offer the world, and he was languishing.”

Pasha also taught journalism in prisons after becoming a professor — at first, when she called what she wanted to do “journalism,” her request was denied, so instead she suggested she’d teach “media writing” and they agreed. 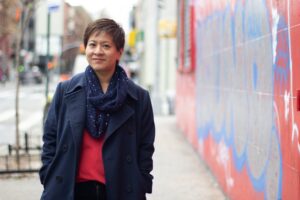 “Our mission is to train writers who are incarcerated and those whose lives are impacted,” Kane says. “The formerly incarcerated, friends, family, people who work (in prisons), and help them find a larger audience” through the Prison Journalism Project.

They offer the program in two parts, a handout-based correspondence course and editorial work.

“We want to put out relevant stories,” Kane says. “We also want to provide an opportunity that’s a lower bar than other publications (for the writers to  become published authors). In addition, we work one-on-one with some writers to get essays and articles published elsewhere. We want to do more with other media organizations to get stories out.”

While they do need to work within the restrictions established by each prison, they also want to make sure people have the chance to tell their stories.

“We don’t want them to do anything that would put them in any kind of jeopardy. We’re very much aware of the environment they’re in. They have agency,” Pasha says. “They feel this is a way for them to get their voice out and they’re fully conscious of what the repercussions may be.”

Shaheen Pasha and Yukari Kane, co-founders and co-executive directors of the Prison Journalism Project, join It’s All Journalism host Michael O’Connell to explain their initiative. They work with inmates to help those with an interest in writing learn how to tell their stories to a wider audience.

456. What Is Life shares stories of prisoners facing life sentences