If you’re of a certain age, you might remember a time when we had more websites than we did platforms. Instead of going to Facebook or Twitter to read something, or catch up with friends, you went to a chat room or searched for a topic of interest to you.

Those were the days when the open web ruled. 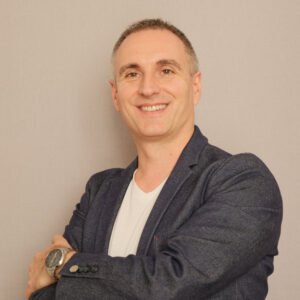 “The open web was actually the web as it was initially created 30 years ago,” says Benjamin Bellamy,  the CEO and founder of Ad Aures, an organization that creates fair and sustainable ecosystems for the podcasting industry, and leader of the Castopod hosting platform.

He’s also an advocate for protecting the open web, something he sees is in danger of vanishing and taking a greater range of free speech with it.

“In 2000, we started to see very centralized platforms; Facebook is one, YouTube is another. You are using its pipe, but you’re not on the web as it was initially. You’re not on the internet. … When you’re on Facebook, you’re on Facebook. Everything that happens inside Facebook is just Facebook, not outside it. You’re using a closed platform. It can be nice and interesting from time to time. We’ve been so used to a closed platform, we don’t even understand what the open internet means.”

He feels that’s a shame, because as the use and access to an open internet, free from restrictions and regulations, shrinks, free speech does too.

“When you’re on Facebook, whether you like it or not, you cannot say something Facebook doesn’t want you to say,” he says. “Whether their motivation is good or bad, that’s not the problem. When you enter Facebook, you’re in someone’s place and you agree to the terms and conditions.”

It’s like going into someone’s home — there’s an understanding that by going inside, you’re agreeing to follow their rules. Closed platforms have the ability to kick someone out if they don’t like how they act.

“As long as you have other places where you can talk freely, that’s not a problem. The problem comes when there’s no other place — if you’re on YouTube and, for some reason, you get a strike, where can you go? There’s nowhere else to go, because YouTube has a kind of monopoly.”

Podcasting is the last open space on the internet that isn’t under the same kind of restrictions and regulations because podcasters can put their content anywhere, and even in multiple locations, all at the same time.

“Thanks to the RSS feed, which is totally decentralized, you can host a podcast wherever you want to host it,” he says. “You can index it on any directory. You can listen to it using any application, it could be a desktop app, a cell phone app, it doesn’t matter. You’re free to use any means of communication, any app. If you’re doing a podcast Apple doesn’t like, they may remove it from their index, but your podcast will still exist. It won’t disappear… It won’t be deleted anywhere. Someone who knows the RSS URL will still be able to listen to it, even using the Apple podcast app.”

Benjamin Bellamy is the the CEO and founder of Ad Aures, an organization that creates fair and sustainable ecosystem for the podcasting industry, and leader of the Castopod hosting platform. He joins It’s All Journalism host Michael O’Connell to discuss the importance of the open internet and why podcasting is one of the last examples of what made the “old” internet powerful and exciting.

Podcasting is the last frontier of the open internet