For many movie fans, the list of journalism movies is a short one: Network, The Paper, All The President’s Men, and maybe a few more will be top of mind.

To commemorate the 110th anniversary of the Society of Professional Journalists in 2019, a team of writers from The Quill and the Midwest Film Review decided to dive in and rank the 110 top journalism movies.

Turns out, there are more than 110 movies that feature journalism or journalists in a prominent and meaningful way, including, yes, Superman and Spider-Man. 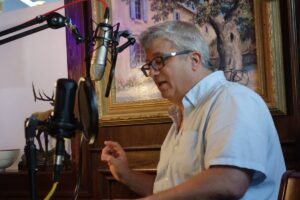 Lou Harry is the editor of Quill, the magazine of the Society of Professional Journalists.

Lou Harry served as editor on the project and came up with the idea shortly after joining the staff at the publication, produced by the Society of Professional Journalists. With a background in magazines, he saw an opportunity to take on a big project and make a big splash.

“There are so many top 10 lists out there, or here’s the five best of this kind of movie, the 10 best this kind of play. We have this 110 number hovering out there, let’s go for it,” he says.

He contacted Nick Rogers, a writer on the project and part of the staff at the Midwest Film Journal, and they were off and running.

“When he came up with this project, I don’t think there was an ounce of hesitation,” Rogers says. “We all were immediately on board and excited. The span of movies that we would all be getting to watch, from things we knew and loved well to things we had never seen. It was an exciting combination of old favorites, new discoveries and a way to look at how this profession has been portrayed cinematically.”

There are some entries on the list that will surely raise some eyebrows, including the Brenda Starr movie based on the comic strip and Woody Allen’s Scoop. 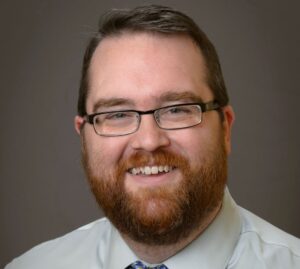 Nick Rogers is a film critic with the Midwest Film Journal.

“Once we started brainstorming a list, we had to eliminate documentaries, foreign language films, we eliminated strictly made-for-TV projects. That might be another list at some point,” Harry says. “We thought that would effectively thin the herd but there were a lot more.”

Readers also chimed in, reminding them of films they’d overlooked while sharing their thoughts on the ones that did make the cut.

There was another criteria as well: “If you were describing the film to someone, would journalism or journalist or reporter be part of the description? Related to that, we wondered if a journalist is a key character. We did include some films where the journalism piece of it is a device, a person is being interviewed. Some did make the cut. There were some difficult choices in there and some we considered bringing back,” Harry says.

“As we expand the list, the definition is more elastic,” Rogers says. “We recently added Sky Captain and the World of Tomorrow. it’s a movie I enjoy, but Gwyneth Paltrow’s ‘journalism’ in that is more suspect.”

Lou Harry and Nick Rogers are two of the film buffs behind The Quill’s 110 journalism movies ranked. They talk with It’s All Journalism host Michael O’Connell about how the movies were selected, the films that were left on the cutting room floor and why Superman needed to be included.

Washingtonian staff solidifies its voice by forming a union