Data is a key component to MaryJo Webster’s reporting. But it wasn’t always that way. In fact, Webster did everything she could to avoid math in high school and college. She wanted to be writer instead.

It wasn’t until the late 1990s, when Webster was already working in Oshkosh, Wisconsin, that she was introduced to the idea of data journalism. 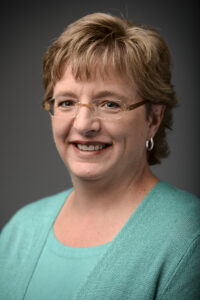 Maryjo Webster is the data editor at the Minneapolis Star Tribune.(Aaron Lavinsky)

“I was slaving over the city budget, trying to calculate the percentage change for each department between the current budget and the proposed budget for the next year,” says Webster, who is now data editor for the Star Tribune in Minneapolis. “A colleague came over to me and said ‘Can I show you how to use Microsoft Excel?’ I was enthralled immediately.”

It’s so much easier to access and clean data to make it useful for reporters: “When I first started, if you were to run a big query on a database, it was real common for us to set the query to run and then go get coffee and maybe it would be done when we got back. Today, that same query can run in the blink of an eye — even a tiny laptop can do far more than the computers we had 20 years ago.”

The tools have also improved considerably and the vast majority are free for use, something that’s opened the doors for newsrooms of all sizes. Data has become a true source, like someone a reporter would interview, but without worrying that key information will be hidden or otherwise obscured.

“I personally think the best approach is thinking about what stories do we want to tell, what’s happening in our community, what are the most pressing issues of the day and what data sources do we have that could help answer key questions, uncover things our human sources might not want us to know and fill in those details you might not get another way,” Webster says.

In 2018 the Star Tribune ran a series, called Denied Justice, about women who had been raped, looking at how many reports were investigated to the point where a trial took place. The story began when a woman, one of several who accused a University of Minnesota athlete of assaulting her, told reporter Brandon Stahl how badly the police had treated her during their investigation. The reporter began asking other experts who agreed that the victim’s experience with police was “totally normal but the conviction in her case was totally abnormal,” Webster says.

Those same experts couldn’t say how frequently, or infrequently, rape investigations ended with an indictment or charge, so the Star Tribune’s team started digging.

“Only 8 percent of cases resulted in a conviction, only about 25 percent of cases went to the prosecutor and only about half the time did police do the basic steps we were tracking,” Webster says. In the meantime, a pair of reporters sought out women who had filed rape accounts with the police, asking them to share their stories from reporting the assault and their outcomes.

“The combination of the systemic data, the data proving the systemic problem, and the heartbreaking stories of these women was just too much. Policymakers could not ignore it. We’ve seen immense changes in Minnesota since then,” including major overhauls to state statues on sexual assault in this past legislative session.

“When people read that story, you’re not going to find many numbers in it,” Webster says. “The numbers are serving as a spine holding up the story we’re telling. The stories are about the women.”

MaryJo Webster is the data editor for the Minneapolis Star Tribune. She talks with It’s All Journalism producer Michael O’Connell about her aversion to math before learning about data journalism, how data can be a better story source than interviewing a person, and how entering a query into a database can help pull information to tell the real stories of a community.