If older Americans have so much political power and influence, why are issues of importance to them so difficult to find in mainstream media coverage?

That’s the question that drives Paul Kleyman, a founder of the Journalists in Aging fellowship, national coordinator The Gerontological Society of America’s Journalists Network on Generations and editor of Generations Beat Online, a free monthly newsletter focused on issues relating to aging and seniors. 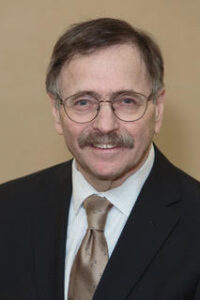 “The issue is that concerns of aging have been short-shrifted in American media for decades,” he says. Instead, publications and editors are after the “youth focus, which is really driven by media marketing well before the internet … the reason is issues of aging tend to be pushed aside. Only a couple years ago, I had a young reporter. We were talking about applying to our fellowship on aging, and she had just pitched an article on aging to her editor. He was an older guy, and very often this is true in so-called traditional journalism, he had a mainstream background; he said, ‘Why don’t you come back with a story about millennials?’ I’ve been hearing that for years.”

But the older generations and the younger ones have long worked together on societal issues — Kleyman says he was working with nonprofit organizations in San Francisco in the late 1960s and learned about a group of seniors living on the second floor of an apartment in city’s Tenderloin district. They were “organizing politically and protesting against the governor at the time, a fellow named Ronald Reagan, for his cutbacks on food stamps and SSI availability for low-income seniors” and they called themselves the California Legislative Council for Older Americans. There was a similar organization working on the other side of the country, the Gray Panthers, and this was Kleyman’s introduction to topics and a point of view that have been a bedrock of his career.

For what it’s worth, Kleyman says there are more opportunities coming around now for coverage of issues of importance to seniors and the aging population, including fellowships like the one offered by his organization. While it might be tricky at first to get an editor to approve a pitch, Kleyman suggests some creative and innovative ideas to pursue.

“Aging is a very complex issue and it intersects with every other issue we’re talking about,” he says. “There are whole groups of activists and international efforts coming together around global warming and climate change issues. In terms of what reporters can do who are interested, begin with a story, find a niche, get your editor to agree to let you do a story that you feel you can get a handle on with what’s around you. There are a number of excellent things like fellowship programs that will open you up to the resources and training and background on the issues of aging.”

Paul Kleyman, national coordinator of the Journalists Network on Generations and editor of Generations Beat Online, specializes in covering the issues of importance to older Americans. He talks with It’s All Journalism producer Michael O’Connell about why these issues are often missing in mainstream media and how young journalists can find help in the form of fellowships and resources to correct this shortfall.