Small, independent newsrooms across the country are doing the best they can to serve their communities, often with little help.

When the Google News Initiative comes knocking, offering assistance by way of the Ad Transformation Lab to help bring in new revenue, it can feel like those small but mighty teams are expanding tenfold. 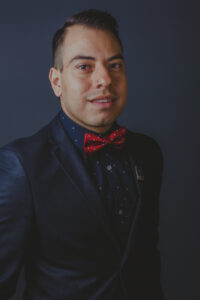 Will Medina, director of sales and marketing at Prensa Arizona, the largest independently owned weekly Spanish-language newspaper in the state, and Dana M. Peck, director of digital solutions at The AFRO, the oldest African American family-owned paper in the country, have both benefited from the lab.

“We’re a free paper, we always wanted to be a free publication,” Medina says. “I’m a sales team of one person. You really have to make sure that your time is being used in an appropriate way. We have a small news team as well. The challenge is just making sure that we’re staffed and making sure that everyone is working as a team because we’re so small.”

Peck, whose husband’s family started The AFRO nearly 130 years ago, says the paper was founded “with the intention of creating a platform to offer images and stories of hope. Can you imagine, people didn’t know Black people got married or had promotions? There was not a platform for that to be shared. Our goal is to provide good news about the African American community that’s not always found in other news outlets.”

Both newspapers are members of other news organizations, but it was through the Google News Initiative that Medina and Peck met and, with their peers, began to learn about how to monetize their websites in new ways that would put them on the same level with much larger outlets. 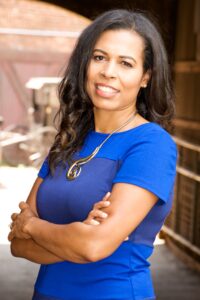 Dana M. Peck is the director of digital solutions at The AFRO.

“We saw success stories across other newsrooms and we wanted to try them too,” Peck says. “They taught us not to be afraid to test things and see what works for our newspaper.”

The six-month class “was really geared toward starting from scratch. I remember the first lesson was what banner ads were and where to place them,” Medina says. “It was everything from what a banner ad is to analytics, learning how to read data and things like that.”

Peck says the session on search engine optimization was of particular use for her and her team. “We have a large social following and saw a drop in views to our website,” she says. “We learned more about SEO and how, when we post an article on our site, how to use keywords. … I consulted with my coach and he met with me and our editorial team and we had a practical meeting, step by step, on how to use a plugin on our WordPress site on how to use SEO.”

Being able to tell clients and potential customers how many people visit their websites regularly, detailing their newsroom’s reach and audience, helped as well.

But was it hard asking their teams to take on some extra tasks — like incorporating SEO practices and increasing the frequency with which they posted stories to their website instead of just waiting for the print publication?

“Once they saw the impact they bought in,” Peck says. “Even if they weren’t part of the lab, they were able to realize the benefits. We would meet weekly in the lab but also provide reports to the staff. They already knew; they’d be prepared there were new items we’d be implementing.”

“I think at first, as you know, with a lot of the older generation, there’s a big learning curve. Once they saw the results, they said ok, let’s implement more, let’s change up the website,” Medina says. “You have to show the results and once they see them, they buy in.” Ad revenue at his paper has gone up 1,000 percent since last year when he started working with the Google News Initiative.

“Prior to the lab, we didn’t have the capability of offering programmatic ads. What a huge difference adding the ad manager has made,” Peck says. “Now we’re able to court national managers. We ended last year with a six-figure deal and we wouldn’t have been able to do that if we didn’t have the platform.”

Will Medina, director of sales and marketing at Prensa Arizona, and Dana M. Peck, director of digital solutions at The AFRO, discuss how the Google New Initiative’s Ad Transformation Lab helped them identify new streams of sustainable revenue.

502. How crime reporting plus data leads to greater transparency