Just before the pandemic hit, it was becoming clear to David D. Haynes that the Milwaukee Journal Sentinel’s audience was no longer connecting with the paper’s editorial page or opinion pieces. He also didn’t have enough remaining people on the editorial board to justify a whole regular page devoted to such things.

Instead, he wanted to shift focus, and his work, toward a more solutions journalism approach, addressing larger social topics and community outreach efforts. That’s when the Ideas Lab was born. 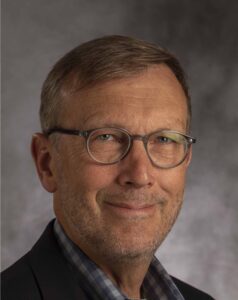 “I began to see, in 2020 as the pandemic hit, we were going to have to provide a forum to talk about the incredibly big issues hitting Wisconsin and elsewhere,” he says. “We had the pandemic, we had the election — there were only four polling places open in the entire city of Milwaukee —we had the tragedy related to the pandemic and, by the way, we had an election happening at the end of 2020. All of that was going on.”

The Ideas Lab from the Milwaukee Journal Sentinel publishes a combination of solutions pieces, community outreach efforts and the occasional opinion or editorial-type piece, but Haynes is clear to say those only come about when there’s a very good reason for it.

“We use the institutional voice of the paper very sparingly. It’s only a tool in the toolbox, but it’s only a tool we pull out when we feel we have a special authority or there’s some kind of democratic risk we think we need to write about or point out as an accountability tool,” he says.

For example, the Ideas Lab received an response from Republican Sen. Ron Johnson after the paper suggested he resign for denying the results of the 2020 election. Instead of just ignoring the submission, which was “littered with misinformation and outright lies,” the team decided to fact check and footnote it, then published Johnson’s letter as a full-page in a Sunday paper and online.

“We created a system where you could click on a footnote (online) and go to our response,” Haynes says. “That’s basically an editorial. It’s our opinion but it’s based on what the facts show to be correct. We’re trying to figure out ways to creatively use that opinion arm, that tool, but use it sparingly.”

In order to connect with new audiences, the Ideas Lab also has brought on staff Kristin Brey, a comedian and actress who moved back home to Wisconsin in the early days of the pandemic and created a YouTube channel riffing on the news.

“She does opinion focused videos but they’re funny and smart explanatory videos. That’s been a way we can make a play on TikTok and Instagram,” Haynes says. “We put her videos on the website but it’s a social media play to connect with a different audience so hopefully they can see the value in what we do. Kristin’s work is scripted, 200 words in length, and we fact-check them rigorously. …We’re pretty rigorous about what we’re doing, we want to make sure there’s a solid foundation supporting anything she puts out.”