The ethics of journalism don’t go away when changing from a full-time job to being a full-time freelancer.

Kassondra Cloos decided to become a full-time freelancer in 2017 and spent a year laying the groundwork to make the change, including making contacts, taking some freelance work on the side, and saving money so she’d have a cushion when she left her last “traditional” job. 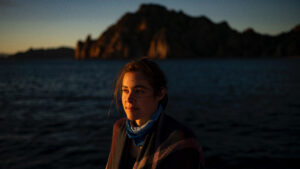 “I really just stated with people I knew,” she says. “Luckily, I worked for a big magazine publishing company. For anyone who’s worked in publishing or journalism, you know people move a lot. I pitched stories for people I used to work with in some capacity in other jobs or people I was working with at my company. I had an opportunity to set up some projects for after I left because they knew they’d know somebody was going to be available.”

Cloos also leveraged the connections she made going to trade shows for the outdoors industry into some opportunities. “It would be a little easier to shoot them an email and say, ‘Hey, I’d like to try this product,’ or they’d email me, ‘We’d like you to try this product.’ All of these connections come from so many different directions. There’s not one right way of doing things or one formula,” she says. “I want to find the best working relationship. As a freelancer, there are so many opportunities out there.”

But since she’s working out on her own, for herself, Cloos has the opportunity and the ability to decide whether to take a job based on whether it aligns with her own values and priorities.

“I don’t want to write about anything that’s bad for the environment,” she says. “Sometimes it’s hard to avoid doing that. Someone hands you an assignment, then it’s on you to decide where your ethics are as a journalist. Do I want to take this story and, if I do, how do I tell it in a way that aligns with my values? On reviewing outdoor gear, I’ve learned about the sustainability side of the stuff we produce and the stuff we use. It’s an interesting balance to strike to want to protect the environment and also write about stuff people buy. It’s a tricky balance.”

The same is true for writing about far-flung places of natural beauty. It’s important to consider highlighting adventurous, beautiful places while wanting to protect the same locations, but there’s also the need to consider whether these places are available to everyone or no one.

“We want the outdoors to be accessible,” she says. “We want people to grow up thinking it’s their place to recreate, we want people to grow up having access so they grow up wanting to protect nature. If we are trying to exclude people from having access to these places for the sake of making a nice experience of solitude for a small group of people, we’re not welcoming everyone in.”

A few years ago, Cloos wrote a piece about natural hot springs people can hike to access and she named the locations. Someone who lived near one of these locations, in Colorado, wrote to her after the piece published and was upset that she gave the name, “even though it’s so popular now, you need a permit to go. That’s a system in place to regulate how many people go. That’s someone who said I’m entitled to go here and have solitude but I don’t want anybody else to.”

Kassondra Cloos discusses what it takes to become a successful freelance travel writer with It’s All Journalism producer Amelia Brust. To learn more about Cloos’ work, subscribe to her Out of Office newsletter.

524. How hybrid journalism brings academic expertise to the masses