For 40 years now, Internews has looked for opportunities to help support independent newsrooms in places where the concept might seem perilous or impossible. 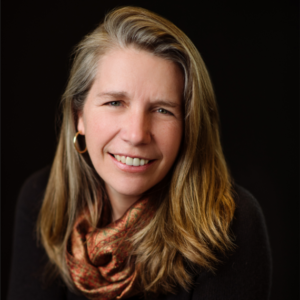 While not a news organization directly, Internews helps to build capacity and impact of news organizations, working in 106 countries to support newsrooms and reporters in countries where there’s an opportunity for independent media to take hold.

“It’s literally reaching out to the news organizations themselves, sometimes journalists’ associations, mapping what we do,” says Jeanne Bourgault, the organization’s president and CEO. “Ideally, when we enter a country, we map what we call the information ecosystem, looking where people are really turning to to make decisions, where the circles of trust are in a country. It’s that mix of what type of media is influential, what type of media is viewed as an independent source of information and then sitting down and seeing if we have anything to offer their good work.”

Internews works with “any media, any platform, anywhere,” so long as it is an independent operation, she says.

One of Internews’ longest-standing relationships is with journalists in Ukraine, as the organization got its start during the later years of the Cold War between the United States and the former Soviet Union.

“We started our Ukraine program 30 years ago. The media in Ukraine over the years developed robust, independent stations at the city level, regional level and national level. It’s a very vibrant sort of media community when it comes to debating what laws should be, issues about how the government could control or not control the media,” Bourgault says. “There have been lots of challenges. Big money can control media more than government can and that’s been one of the bigger challenges in Ukraine.”

When the Russian invasion began in February, Internews’ methods of support changed, turning to direct financial support to help journalists and organizations move to safer locations. “We provided safety equipment, flak jackets and other equipment, satellite connections, different types of technology. We have a long-term commitment to Ukraine. We see it as a bright spot in the region and a bright spot for the future when Ukraine someday gets out of this war.”

Internews also is keenly aware that robust, vibrant media in a troubled country can lose its stronghold when the government shifts again.

Bourgault says Internews’ work in Afghanistan has historically been her favorite success story.

“We went in December 2001 and started programming in 2002. It was really — talk about a translational moment. It was a country that had no media. No music was allowed in most places. So there was little ability to access news information that was independent. A new government was open to change and there was a lot of enthusiasm in the country at the time to build a better country. We were able to help legal advocates who were trying to get a better legal regime in place. They were really open to global best practices and we were able to share those things. We found radio enthusiasts who were really eager to set up their own radio stations in their community and build a whole network of radio stations across the country,” she recalls.

All that changed last year, of course, but for 20 years, the independent media in Afghanistan was consistently ranked as the first- or second-most trusted public institution in the country.

“In a place where you hear nothing but bad, the story of the media was phenomenally good,” Bourgault said.

Internews has helped foster independent media organizations across the globe, including places like Afghanistan and the Ukraine. Jeanne Bourgault tells It’s All Journalism host Michael O’Connell how Internews is helping to create viable and sustainable news organizations around the world.

530. How satisfied are journalists with the job they’re doing?