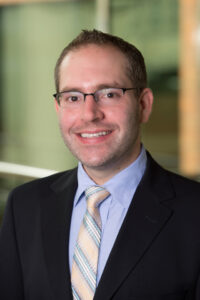 “Journalism in America has been in a state of turmoil for years. We see a lot of this in our work at the center. Whether this is from economic upheaval, the digital age, the rise of political polarization, the pandemic or other factors. Much of what we’ve done so far was understanding the current state of the U.S. news environment from the public,” says Jeff Gottfried, a senior researcher with Pew. In a survey conducted last year, Pew contacted nearly 12,000 working journalists based in the U.S. to get their perspective.

“One of the major things we did find was that journalists do recognize the many challenges facing the industry. There are many concerns, including the future of press freedoms in the U.S., around the volume of erroneous information, worries about politically like-minded people getting news from the same sources,” Gottfried says. “Additionally, we saw this overwhelming sense of challenges in the industry play out in one specific question. It’s one that asks journalists to describe the news industry in a single world. They largely gave a word with a negative connotation to describe their own industry. Nearly three-quarters of journalists did so.”

However, in a juxtaposition that surprised Pew, “despite this large sense of negativity, journalists express a high degree of satisfaction and fulfillment in their jobs. Seven in 10 say they are very satisfied or somewhat satisfied in their job and 77 percent  say they would pursue a career in journalism all over again.”

Additionally, the majority of survey respondents said they are proud of their work, rather than being discouraged by it, and that their work has a positive impact on their well-being.

“One of the other interesting things we saw is that journalists are having to engage with this made-up news and information in the work they’re doing. One-third of journalists indicated they deal with false news and made-up news in their work on a regular basis, saying when they work on a story, they extremely often or fairly often come across misinformation,” Gottfried says.

For the first time ever, the Pew Research Center asked journalists what they thought of their industry and how satisfied they were with the work they’re doing. Senior researcher Jeff Gottfried shares all the details with It’s All Journalism host Michael O’Connell.