On April 15, when most spectators were running away from the blasts at the Boston Marathon finish line, Alex Weaver was rushing toward it. 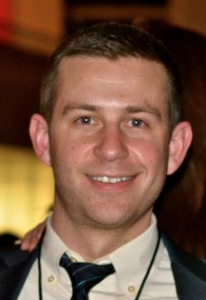 Weaver covered the marathon bombing and its aftermath as a staff writer for BostInno, an online publication devoted to the tech industry, lifestyle issues and local news in the Boston area.

Initially assigned to cover the marathon itself, he was already in the company’s downtown newsroom when the explosions took place. He saw the first signs of a problem on social media.

“So, we heard the first murmurs of this story. We heard them on Twitter,” Weaver said.

A few moments later, his managing editor’s brother called from the marathon finish line to tell BostInno about the blast. You better get down here, the brother warned. So Weaver and his editor raced out the door of his office to the bombing site.

“We were going through the Boston Common and Public Garden as the first people who had been there and witnessed it were coming the other way. So lots of horrified expressions and blood on clothing and crying and people just generally having no idea what was happening,” he said.

Once at the bombing site, Weaver started talking to the police. He wanted to find a first responder or official that could verify some of the information he was already receiving on social media.

“We got confirmation very quickly that a bomb had gone off and a lot of people were hurt,” he said. “That was basically all they were going to give us, but that alone, was some valid, concrete confirmation about what everybody at that point was just fearing.”

Weaver used the same approach – finding an authoritative source to confirm the most basic of facts – as he continued to write about the marathon bombing over the next several weeks. He thought it was more important to be right about the information he was reporting than to be the first one reporting it.

“Being a smaller, digital publication, we just don’t have the head count to dispatch reporters to all of these locations. At this point, it wasn’t really up to us to break a bunch of this news,” Weaver said.

Unfortunately, a tremendous amount of misinformation was floating around about the bombing, some of which was reported as fact by national news outlets. Fabricated stories were particularly prevalent on Twitter, especially during the citywide manhunt for the suspect.

“Twitter erupted with information. I have a column in TweetDeck for my #Boston. I just had to turn it off. So did everyone else in my office because it was literally going too fast to read,” said Weaver about April 19, the day the manhunt took place.

“The challenge was then verifying what we were hearing on Twitter from sources elsewhere,” he added.

Then again, Twitter was a lifesaver for Weaver when the bomb initially exploded.

With so many people trying to call or text loved ones after the blast, mobile phone networks were jammed near the marathon finish line. Weaver couldn’t get calls through to his office that afternoon, even though he had new information to add to the bombing story on BostInno’s website. He eventually just started posting his updates on Twitter.

“It was incredibly hard to get a call through. So I was either tweeting or texting back if I could,” Weaver said.

For a different perspective about covering the Boston Marathon bombing, read It’s All Journalism’s interview with Kat Downs, graphics director of The Washington Post.

Read a transcript of our interview with Alex E. Weaver.