One of the great benefits of digital technology is the rise of citizen journalism and blogging, in which amateurs, without any formal training or connections to traditional news outlets, are able to have their voices heard.

“We’re living in this world where there’s this marvelous word, ‘disintermediation,’ where people used to have to go get hired by a newspaper or get a broadcaster to take them on in order to get what they were saying out to an audience,” said Anne Morrison, director of the BBC Academy. “Now, that’s no longer the case. People have direct means of access to an audience. There’s no barrier at all. We can see that on a daily basis with the amount of social media, which allows people to talk directly on Twitter to their followers, which enables people to put up blogs and so on.”

Morrison acknowledged that this “plethora of different voices” is in many ways something to celebrate. 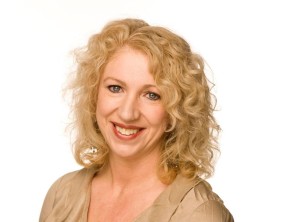 “A fantastic, democratic, sort of splurge of voices right across the spectrum, but it doesn’t necessarily mean that those are well-informed voices or, indeed, that they have an accurate picture of whatever it is they’re describing,” she said. “I think it almost puts more onus on the brands, the organizations with a reputation that people use as trusted guides to the news. Obviously, the BBC is one of those.”

One of the ways the organization maintains its reputation is through the training its through the BBC Academy, which houses the colleges of Journalism, Production and Leadership as well as the Center for Technology.

“It’s very important that we maintain that relationship of trust with our audience,” Morrison said. “One of the ways we do that is through the ethos of the organization, but supported by training in the skills which journalists need. That’s very much informed by our organizational values, which are really at the heart of he BCC. Making sure that people leave any opinions of their own at the door and making sure they’re treating things with an attitude of fairness and impartiality and getting to the truth of the matter. Not afraid to challenge those in power, in fact, that’s part of our democratic duty.”

These values — which should be familiar to any news professional — are what the BBC Academy teaches and use to maintain its reputation and foster trust with its audience.

“In many senses, we need to harness the new world and understand that our audiences are consuming news in all sorts of different ways, but make sure that our values, which lie behind these philosophies of the BBC as a public service broadcaster, are in a sense unchanged, even though we might be meeting new forms of delivery and new platforms on which to deliver our news,” Morrison said.

#91 – Jen Reeves: How to use social media, shoot video on your phone