Formally trained as an art historian “with a dose of philosophy and psychology thrown in,” Gopnik’s first break came at the Globe and Mail in Toronto when that paper’s main art critic went on book leave and Gopnik filled in as a freelancer. When the art critic left for another job, Gopnik was hired to replace him 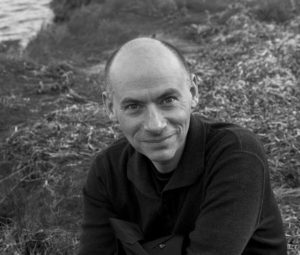 Blake Gopnik is a critic-at-large for artnet News and writes about art and design for the New York Times.

“I was there, I had my pencil sharpened and I was ready to replace him for the summer,” Gopnik recalls. “Then he got a different job and left and there I was, holding the bag, at Canada’s major newspaper as their art critic.”

Now Gopnik is a critic-at-large for artnet News and contributes to other major publications, including the New York Times. Previously, he spent 10 years as an art critic with the Washington Post. He’s also working on a biography of iconic artist Andy Warhol.

“It’s important to recognize that Andy, the persona, is one of his creations,” he says. In writing his book, it will be “extra important to unpack that in an interesting and important way.”

His work on the Warhol book, and the challenges that presents, mimic some of the obstacles facing art critics.

While “art criticism shouldn’t be the Consumer Reports of art, it shouldn’t give a thumbs up or thumbs down,” it also shouldn’t isolate people who have a curiosity.

“I believe that art criticism, if it’s going to matter, it has to be more ambitious. The cliché about journalism is that it’s the first draft of history and I think art criticism should be the first draft of art history. It should matter in that way,” he says. “It should really try to say something important about art. We’re going to get it wrong on a daily basis, there’s no doubt about it, just as normal journalism gets things wrong. But I want to at least try to say something that matters.”

After 20 years in the critic’s chair, he’s got some advice for his fellow analysts.

“I think art critics should be more like science journalists. We should be some kind of intermediary between the smartest people who talk about art, the smartest writing from art historians and the general public,” he says. “That’s, I think, an unusual model for art criticism but it’s one I like.

“There are people who spend their entire lives trying to figure out the smartest possible thing to say about a work of art. Those people are paid good money from universities and are called art historians,” Gopnik continues. “It seems like art critics to ignore them or even have contempt for them…Those people really are responsible for moving the conversation forward.”

And one more thought to consider?

“The word ‘timeless’ should be removed from the word processor of any art critic.”

Blake Gopnik, the daily art columnist for artnet News and contributor to the New York Times, talks to It’s All Journalism Producer Michael O’Connell about art criticism and his upcoming biography of Andy Warhol.

250. Engaging readers while keeping out the nasty