Calling Carrie Budoff Brown’s tenure at Politico a whirlwind would be underselling it.

After several years at the Philadelphia Inquirer, she joined the publication in 2007  just as it was starting. 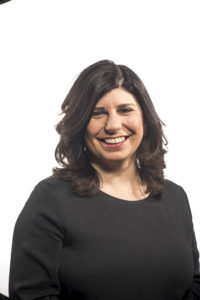 “I decided it would be riskier to stay in Philadelphia than to go to a startup. That’s how concerned I was about the Inquirer and the health of regional journalism,” she said.

Budoff Brown was mostly concerned that the longstanding paper wasn’t prepared for digital journalism and the evolving way in which readers were getting, and wanted to get, their news.

Politico lured her with the idea of a digital-first approach to news.

“At the time it was a unique concept,” she recalled. “Now it’s normal. They recognized that the pace of journalism is speeding up.”

It didn’t hurt that the masthead was filled with names she’d read for several years, a team she respected.

After covering the Senate in 2007 and the presidential campaign in 2008, Budoff Brown covered President Barack Obama’s landmark health care legislation on Capitol Hill, something she reflects on now from time to time and wonders whether the media did a sufficient job investigating.

But it’s a rare law in that “there’s a start and finish to it. It’s so hard to get that in Washington these days,” she said. “I look back on the coverage now and wonder what did we get right, what did we miss. The media did do well at it but I see stories now and I see how much of it was repeating itself, decisions made by lawmakers and the president and how those decisions continue to reverberate.”

Health care was the focus of one of Politico’s first paid vertical publications, called Politico Pulse at the time (now evolved into Politico Pro). It remains a “core competency” of Politico’s coverage, with a team of 14 reporters around the country as well as in Washington.

When Politico decided to branch out yet again, it looked to Europe and committed to build a multi-national newsroom focused around the European Union and its seat in Brussels.

“Brussels is interesting. It’s one of the most powerful regulatory capitals of the world. There’s lots of money spent, lots of politics,’ Budoff Brown said.

Now, just a few years later, there’s a team of 75-100 journalists covering the EU, including reporters from Paris, London, Berlin and Frankfurt. The idea was for “Europeans to report on Europe in a way Washington is reported on,” instead of reporters from a given country covering affairs of concern to their nation alone, Budoff Brown said.

It’s an experiment that’s paying off.

“We decide the health of something by how many re-subscribe after a year,” she said. “It’s well above 90 percent. They were paying for it at higher rates than we ever expected. That was a sign that this is going to work and it’s something I’m very proud of.”

I got podcasting on my mind