One of the questions we ask ourselves at It’s All Journalism is this:

“Is there a future for print publications online?” 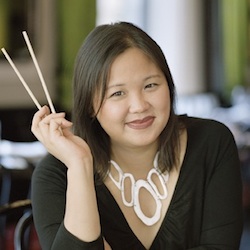 For novels, there may be an answer in Plympton — a literary studio devoted to serialized fiction online.

“We think there’s a very exciting possibility in digital publishing to bring a story that is ongoing and growing and can be delivered to your e-reader,” said Plympton co-founder and former New York Times reporter Jenny 8. Lee (@jenny8lee).

Priced starting at 99 cents  installments come out every couple weeks or weekly and range from several thousand words to 25,000 words.

Plympton has teamed up with Amazon, which a couple months ago launched a publishing program called Kindle Serials, where a book-length story is delivered in episodes over time.

In a way, Plympton is returning to the roots of literature, following the serialized format of the likes of Tolstoy and Dickens.

But what about journalism? Is there hope this business model could work for news?

“People are more wiling to pay to be entertained than they are to be informed,” Lee said. “Which may be a sad commentary on our society, but it’s generally true.”

Watch Plympton’s Kickstarter video below. Plympton had a goal to raise $30,000 and ended up raising more than $56,000.