WASHINGTON – “Connecting dots in the dark,” is how marketing aficionado Mark Amtower uses to explain how LinkedIn has changed the professional landscape as far as networking and connecting with sources. 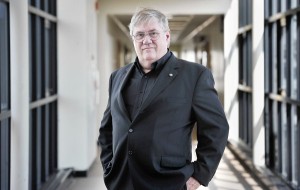 Amtower was invited to join the fledgling social media platform in 2004 soon after it launched. He says while he’s enjoyed learning how to maximize its potential, the strongest aspect about the social networking site isn’t in its numbers, but in its groups.

“There’s about 1.7 million groups on LinkedIn. These are self-identifed communities of people who share various interests,” Amtower says.

He explains how to search out individuals within a company to find contacts.

“Through LinkedIn, you can look up the company, and, if the company has a profile, it will tell you how many employees of the company are there, whether they’re first, second or other degree to you. If they’re first or second, you can puruse them. The first degree connections, obviously, you know or you kind of know. The second degrees, there’s usually a lot more of those, but you’re able to look at them. So, you’re able to find the kinds of people you want,” Amtower says.

When it comes to building profile, as a reporter, Amtower says to think about how you want to use it. Is it a profile to find another job or is it a means of making contacts? If it’s the latter, he suggests posting relevant information about your background to essentially “sell” yourself to the contact.

“For reporters, if you really want to leverage LinkedIn, your profile has to be pretty informationally robust about who you are, what you’ve done, where you’ve been. And when you reach out to people, they’ll understand the value you could bring to them by talking to them,” he says.

Amtower says integrating yourself into groups is an important step that will forge online connections. He suggests sharing articles or blog posts on group discussion pages.

“I post them in groups, but what it does is not simply raise my visibility, but if the articles are truly germane to the group, it raises my credibility. The same thing for journalists. If you’re an unemployed journalist and looking for a job and you have a blog, post news very germane to specific groups and then include your blog posts among that. And you’re raising your visibility to other media people as a result. So, if there’s an opening there, the likelihood is that they already know who you are,” Amtower says.

Amtower’s expertise is in government contracting, and his 5,000 connections are largely in that industry. He hosts a show called “Amtower Off-Center” on Federal News Radio and can be contacted @amtower on Twitter and at /markamtower on LinkedIn.

Read a transcript of our interview with Mark Amtower.