Neal Augenstein wasn’t sure he’d ever return to podcasting.

His first foray into the medium, a podcast for CBS’ 48 Hours in 2016 covering the trial of a man arrested and later convicted of murdering University of Virginia student Hannah Graham, was a departure from his career in radio reporting. He had followed the case since Graham’s disappearance and, as a result, had a deep and broad understanding of all aspects of the investigation, having watched it unfold in real time and providing him with an extensive archive of material from which to pull. 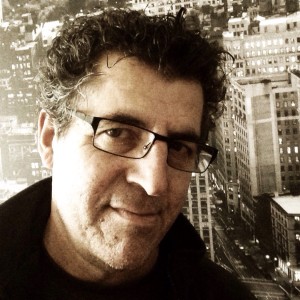 Neal Augenstein is a radio reporter at WTOP in Washington, D.C.

To his surprise, Augenstein is back in the recording booth, this time reviewing and exploring the 1975 disappearance of Sheila and Katherine Lyon, sisters from Montgomery County, Maryland. The girls left their home to walk to the nearby Wheaton Plaza and were never seen again. For decades, nothing was known about their fate.

“That two girls could disappear made parents hold their kids tighter,” he recalls. “People who have been around point to that as a turning point in society in the Washington area.”

To prepare for the five-part podcast, Augenstein dug deep into archives to find newspaper articles from the early days of the investigation. He was able to meet with Mary Ann Kuhn, a reporter with the Washington Star at the time, who had written a particularly vivid account of interviewing the Lyon sisters’ mother in their home shortly after they disappeared.

In the article, Kuhn went into great detail about “the colors of the bedspreads they had, the fact that one girl had one rock star’s poster over her bed and the other girl had another star’s poster over her bed. She describes the mother drinking coffee and smoking as she hosted the visit. … As we talked about it, it was clear (Kuhn) was able to really remember the moment. It was better than a photograph because the emotion she felt when she sat down in that kitchen, she was able to relay to me for the podcast.” 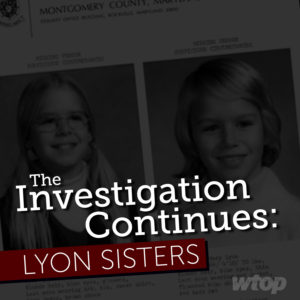 As the case is preparing for trial – jailed sex abuser Lloyd Lee Welch was indicted on charges associated with the Lyon sisters’ disappearance within the past few years — Augenstein drove down to Bedford County to collect natural, background sounds. It is believed the sisters were taken there after they vanished.

He believes it will help him tell the story of the girls’ mystery and add some essential detail to the podcast.

The lack of audio from the original days of the investigation poses some challenges, he admits.

“There’s a real difference between my day job of reporting breaking news and the podcast, which allows a story to percolate over days and weeks and months,” he says.

It’s All Journalism host Michael O’Connell talks to radio reporter Neal Augenstein of WTOP in Washington, D.C., about his new podcast, Investigation Continues: The Lyons Sisters. The podcast focuses on the 1975 disappearance of Sheila and Katherine Lyon, sisters from Montgomery County, Maryland. Augenstein documents the decades-long case and the recent arrest of a suspect.