Interviewing is the baseline skill of a reporter.

I don’t remember the first interview I ever did, who it was with or what it was about. It was probably in ninth grade, when I was writing for the Craig Junior High School newspaper in Indianapolis. Maybe something to do with the chess club or the cafeteria. 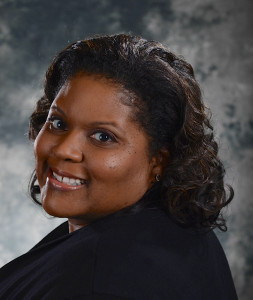 Delinda Frazier is a student in the Interactive Journalism Program at American University.

I do remember being an interview subject back then, though.

We were playing floor hockey in gym class. We weren’t wearing any protective gear and I was the goalie.

When the puck shot in front of the goal, I dove on it just as one of my opponents’ sticks came slapping down. I took the full force of the stick in my right eye.

There was an explosion of electric sparks in my head. Putting my hands up, liquid poured between my fingers. I thought my eye had split open.

Everyone around me was frozen in shock.

The gym teacher came up, looked at my face and said I had a gash above my eye. They took me to the nurse’s office and my parents came and drove me to the doctor.

To this day, the iris of my traumatized right eye opens and closes more slowly than my left, which makes it difficult sometimes transitioning from the bright outdoors to a dark room.

For a few days afterward, the incident was the buzz of the school and one of my classmates interviewed me for the paper.

It was all a long time ago and I’ve probably interviewed thousands of people since then.

Delinda Fraizer, though, can easily tell you who her first interview was with and when it took place. It happened in November and it was with me.

In her day job, Fraizer is a meeting planner at the American Association of Community Colleges in Washington, D.C.

After 13 years in the working world, she decided to change her career path.

“As I was looking around at all the jobs that appealed to me, they all looked like you had a degree in either journalism or in English,” Fraizer said.

She recently entered the weekend Interactive Journalism Program at American University with the goal of becoming an Internet content coordinator or a Web editor.

This podcast is the audio from Fraizer’s first-ever interview.

#71 – Rob Pegoraro: Making a living as a freelance writer