Ed Timms is a senior investigative reporter with The Dallas Morning News who has been “leaning in” when it comes to technology and journalism for decades. 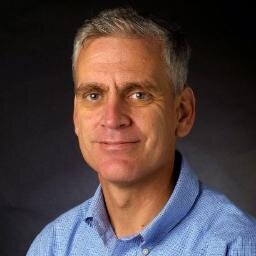 Recently, he won the new Dallas Morning News fellowship in professional journalism, which has him advising journalism students at a student-run publication, Reporting Texas. Timms tries to emphasize that journalists need to be flexible, especially when it comes to technology.

Timms says journalism has always been on the forefront of technology. It embraced computers and mobile phones much earlier, for example, than other industries.

A self-described technology geek, Timms used a computer to work on reporting projects back in the 1980s, before it became common practice.

“I very early on embraced the idea that computers are pretty cool,” he said.

Since he was already an early technology adopter, Timms said his newspaper’s Web team often used him to experiment. Things didn’t always work out, but he learned a lot along the way.

“There is no way on God’s green earth that a newspaper can include all the information that is readily available because of the Web,” said Timms.

There are challenges that come with technology. Reporters are being asked to do much more during the day on social media and blogs, leaving less time for in-depth reporting, according to Timms.

Still, technology has improved journalism overall and journalism students need to make sure they know how to use technology tools to improve their reporting. Even very basic elements – like embedding relevant documents or reports into your story online – can make a big difference, according to Timms.

“I think that what you have to focus on is creating the mindset that I can deal with new technology,” he said.