Few people go into journalism with the expectation they’re going to be rich and famous.

Some do achieve that, but most are satisfied with doing interesting work that has meaning.

But paying journalists enough to sustain them is important, not just for journalists but for society as a whole.

That’s the thesis of a recent column by nationally syndicated columnist Tina Dupuy. 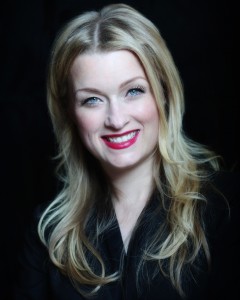 “I really didn’t mean for it to be so novel,” Dupuy told It’s All Journalism.

Back in 2009, the media industry was hemorrhaging newspaper jobs — something like 40,000 over three years or approximately 1,000 a month.

“Just by the virtue of writing and being published was your payment,” Dupuy said. “If you get to use a byline of a publication, that suddenly was enough for you to make a living. So, there was this proverbial carrot dangling in front of you that if you just get enough readers, become famous enough and somebody’s going to pay you to write, you’re going to get the book deal or whatever. It’s this new model that is just not sustainable.”

Many unemployed journalists were having a hard time finding jobs that actually paid enough to sustain them. They either did journalism as a part-time “hobby” or left the field all together. Only those who could afford to do journalism for free were doing journalism.

“Only the well-off are able to work for free, strangely enough,” Dupuy said. “It has effectively boiled off the economic diversity of the newsroom. So, the only people who are journalists become people who are — for lack of a better phrase — elite. They’re concerned with other people who are well-off.”

This lack of economic diversity isn’t just bad for journalists, it’s bad for society by creating newsrooms that fail to empathize with those in the lower economic strata.

“We have 46 million impoverished Americans and we treat them like some kind of novelty or some kind of rare occurrence when that’s really a big swath of the American experience,” Dupuy said.