As editor of the Lost Coast Outpost, a successful example of community journalism in Humboldt County, Calif., Hank Sims is using his skillset to make in-demand information easy to find.

Sims is a writer/programmer combo – his experience lends to the mission of Lost Coast Outpost (LoCo), which is presenting information to its community audience in an innovative, no-nonsense way. 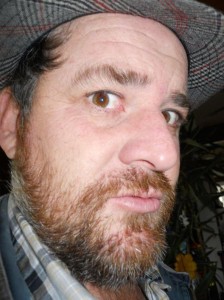 That idea led LoCo’s status as a breaking news provider. Generating, at times, the most up-to-date information, LoCo is the first-stop news source for those in Humboldt County seeking immediate, digestible local news.

Now, LoCo has four people on the editorial staff, including Sims, along with sales and management staff.

Despite being five hours away from San Francisco, this Northern California county with a population of about 130,000 has a vibrant media scene.

“There’s an island mentality,” Sims says. “We really turn inward and count on ourselves for our culture.”

And that strong participation is evident on Lost Coast Outpost’s site, with hundreds of comments pouring in daily.

“Humboldt County is very interested in itself,” Sims says. LoCo provides a platform for members to do so. “The medium lets people gather around the old water cooler. If you’re using the medium to its strength, you’re encouraging that.”

In addition to providing the platform and the information people are looking for, Sims says that LoCo doesn’t shy away from writing with voice.

Sims says that it can be common practice to learn that journalism is about reporting the facts while extricating a personal touch. But that style just doesn’t suit LoCo’s online medium, he says.

“If you’re going to be a communicator, you want jokes, you want pathos at times,” he said. “It’s OK to write.”

In addition to understanding how to get the community talking, Sims’ experience as a programmer allows him to decompose public information into something usable and sexy. He’s a self-described “native to the medium.”

“There’s great value in presenting government information to the public in a way that’s at least a tiny bit smarter than the way government itself does it,” he said.

So where does LoCo go from here and what’s next? Sims says they’re growing quickly. The site just hired an investigative reporter to cover government and politics.

Sims says the site is successful, and will continue its upward trajectory because LoCo exploits the strengths of its medium.

“We’re not dragging around the bulk of old media with us,” he said. LoCo doesn’t pay for a printing press or any paper distribution. In fact, its monthly infrastructure costs? A mere $50.

Sims says this allows Lost Coast Outpost to be “lean and mean” and cultivate a specific skillset and understanding on how to develop things as they’re needed to serve a particular audience.