WASHINGTON – Pulling up the rock and seeing what’s there is the concept at the heart of investigative reporting. But finding a great funding source, a great backing, for an investigation can be difficult.

Two of our friends, former podcast producer Jolie Lee and former professor at AU, Mishi Ibrahim work at the Investigative Reporting Workshop and find themselves in this position — having money to do an investigation! They are working on co-creating an investigative piece for a Showtime/60 Minutes collaboration. 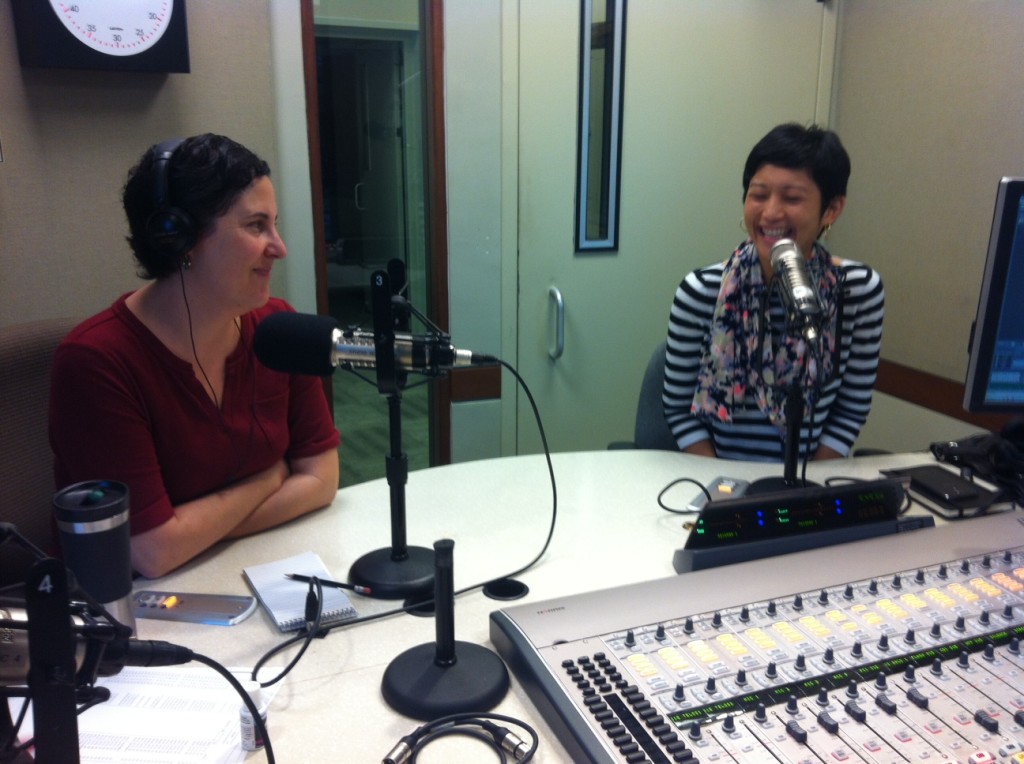 Mishi Ebrahim, left, and Jolie Lee of the Investigative Reporting Workshop talk about the Showtime documentary they’re working on The Years of Living Dangerously. (Photo by Michael O’Connell)

IRW was approached 2 years ago to be involved in the project and although Ibrahim says they knew it was a big project to take on, they knew it would be worthwhile.

The project is being executive produced by legendary director James Cameron. Ibrahim talks about finding the balance between creating a beautifully shot, high production value project while still making sure it has investigative integrity.

“Our job is to do all the research and plan everything and be prepared for that to be thrown to the wind when we get out in the field,” Ibrahim says she tells Lee when preparing for shoots.

The biggest challenge, they say, is finding the characters to follow for a period of time who will allow them to tell the story. In the end, it is a visual product but there has to be the content to support it. They also share their process for investigating a project of this size.

The duo are working with actors who are narrating the piece, major directors and lots of equipment — something Lee had little experience with before this.

“It was such an opportunity that just dropped in my lap because I don’t have any film or documentary making experience and a huge part of this is production. We’re working with all these gadgets I’ve never worked with. We use dollies, cranes, even drones. It’s a whole new world. I think the key is being flexible … but you’re still bringing your journalistic eye to everything you do,” Lee says.

Although Ibrahim had her choice of who she wanted as an associate producer, she thought of Lee because of her hard-working reporting background.

“I’m a big believer that you don’t have know tho the technology and everything. You just have to be smart,” Ibrahim says.

The Investigative Reporting Workshop is housed at American University. You can find them online and the series is expected to be completed in April.