The rise of digital technology has lowered the entry point of reporting news to where anyone with a cellphone could call himself a reporter.

What distinguishes a journalist from the observant Twitter user, though, is the set of ethics by which a journalist pursues his or her craft. 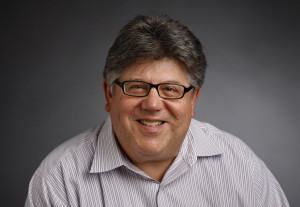 Etched in stone above the entrance to the Dallas Morning News is the phrase: “Build the news upon the rock of truth and righteousness. Conduct it always upon the lines of fairness and integrity. Acknowledge the right of the people to get from the newspaper both sides of every important question.”

“It really says something about what you hope your people will produce and what you hope that you’ll be able to uncover,” said David Duitch, the editor of the DallasNews.com, the Dallas Morning News‘ website. “This newspaper has tackled a lot of tough subjects and it’s wonderful to see. It’s certainly part of the reason I love being here.”

Duitch had three decades of experience in television news before coming to DallasNews.com last year.

“Over the last year, we’ve worked a bit harder at being more responsive to breaking news,” he said. “We’ve worked harder at keeping the site as fresh and updated as possible. We’ve worked to increase the amount of video that we’ve put on the website.”

As the media landscape shifts and large, legacy newspapers fold, get sold or flounder along, The Dallas Morning News has found a niche for itself online by bolstering how it serves the community.

“Who else is going to shine that light?” Duitch asked. “You need journalists who are committed and have the time to go after stories, because otherwise they’re not going to get covered. To me, that’s one of the greatest things that a newspaper can provide.”

The newspaper and website lead the region in its ongoing coverage of the explosion at the West Fertilizer Co., in West, Texas.

In a state where high school football is nearly a religion, the website launched SportsDayHS, a mobile application providing stories and up to the minute updates on game scores.

To commemorate the 50th anniversary of the assassination of President John F. Kennedy, the website launched in January JFK50, a year-long project that draws on the newspaper’s archives and includes interviews with eyewitnesses and notes from reporters who covered the story in 1963.

“I’ve had a news philosophy forever which I take with me wherever I go because I think it works wherever you are, which is be fair, be accurate, get all sides,” Duitch said. “I’d rather be right than first. Represent the community. I mean, these are all important values and these are all values that this company absolutely believes in and that this newspaper believes in. It’s nice to be part of that.”