WASHINGTON – When Laura Amico was assigned the crime beat at her small California newspaper, she joked with her editor it was her dream job. Now, Amico and her husband Chris run one of the most well-executed and highly acclaimed news start-ups in the country entirely about homicide.

Homicide Watch D.C. started in 2010 when Amico moved to Washington, D.C., after her husband got a job at PBS NewsHour. She said her first month she had 500 visitors. It was small and she wasn’t sure what to expect. Over 2 1/2 years, the community response has exploded. She averages 10,000 hits a day, most of her traffic coming from search engines. 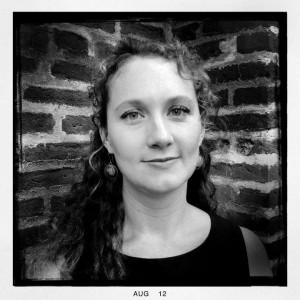 “I think this speaks to the ways that people in the community are trying to access and interact with information about these crimes is that they’re putting names and addresses into Google,” Amico said. “So they’re saying, ‘I know something happened on Fifth Street last night. Or I know something happened to this girl Selina who I went to high school with.’ And they’re putting that into Google and Google is sending them to Homicide Watch D.C. So that’s been really interesting to me.”

In her reporting, Amico found that the homicides reported by the traditional news outlets seemed to be focused on certain areas, and not representative of where the crimes were happening.

“I think it had to do with so many homicides in the past having to deal with the crack epidemic, and that really not being so much of a problem anymore,” Amico said.

“We used to hear from people, ‘All of the homicides in D.C. are just drug deals gone bad.’ And that’s really, really not the case anymore. But that was the assumption that was being used to justify or not justify coverage,” she said.

Keeping track of hundreds of cases is a challenge, so Amico said she learned early that creating a working database was the only way she’d be able to accomplish her vision for her project.

“We always know the status of a case at any given time, and that helps us not have to redo a lot of the work again and again,
when six months after the preliminary hearing, we’re now in pre-trial motions, we don’t have to go back and do a lot of catchup,” she said.

Using a database not only simplifies her record-keeping but it adds tremendously to the site’s navigation. Visitors can search a crime by the victim, suspect, location and even see the crimes in a neighborhood using an interactive map Amico built.

Covering a subject so essential to a community and the families living there has connected Amico to her work in a way that she didn’t expect. Often, it’s through her Web analytics that she first may get a clue of a significant change in traffic around a particular case.

“Sometimes, I’ll see a spike in one particular story or a victim page or a suspect page. I’ll think, ‘I haven’t had anything new in that case in months. Why this sudden interest?’ And I’ll dig into it a little bit and see that, ‘Oh, perhaps it’s the person’s birthday or it’s the mother’s birthday or there’s a family reunion,’ something like that,” she said.

As for her role in the future of journalism, Amico told IAJ’s Michael O’Connell that she sees it going more in the direction of community, source-driven journalism.

“I think that we’re moving towards a more audience-centric, empathetic journalism. I hope it’s the type that you see on Homicide Watch,” she said.

Read a transcript of our interview with Laura Amico.