Nina L. Diamond has been a freelance journalist and humorist for more than 30 years, which meant that she never really had an office. That all changed with Twitter.

“I’ve worked on assignments for many newspapers and magazines,” Diamond told It’s All Journalism Producer Michael O’Connell. “I’ve been a regular contributor to many of them. But my office primarily has been at home. And when I joined Twitter, I came to realize instantly that Twitter was now my office. And there have been countless ‘a-ha moments’ that reinforce the important news value of Twitter in the 2 1/2 years that I’ve been on.” 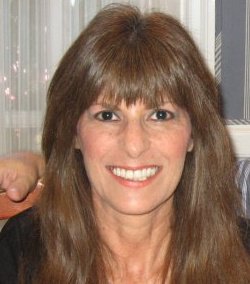 Diamond’s work has appeared in The Los Angeles Times Magazine, The Chicago Tribune, The Miami Herald, Omni and the Sunday magazine of The South Florida Sun-Sentinel. She was also a writer and performer on NPR’s Pandemonium.

Recognizing the importance of Twitter as a news-delivery platform, Diamond has become its master, using lists to organize the feeds of thousands of journalists and news outlets.

“Lists are the most important tool that Twitter offers to keep organized,” Diamond said.

Twitter allows users to create 20 different lists with up to 500 entries on each. So, for example, if you wanted to create a list about hurricanes, you can start one under the heading of “Science and Weather” with all of the reporters and sources that specialize in those topics. Then, when an event occurs, such as Hurricane Sandy, you can open that list and see a unique feed of tweets on that topic.

“It’s a secondary way to be able to follow people as well,” Diamond said. “It really functions like a live, interactive Rolodex. It’s a place to put people for whatever reason you want to have on your list. Some of them you’re following all the time. Some you’re not. Some you might dip in and out.”

Because of her expertise and enthusiasm for the platform, Diamond is often asked what makes someone an effective Twitter user.

“For me, I feel that the most effective use of Twitter is to be yourself, is to not approach it in a sterile way like some people do, where it’s totally devoid of feeling and personality,” she said. “I think what makes effective tweeting is the same thing that makes any form of communication effective.”

Diamond has a lifetime’s experience in communicating effectively.

“I joke all the time that I started talking when I was 9 months old, which is true, and I haven’t shut up since,” she said. “So, I’m a good communicator. It comes naturally to me. I was born this way. I think it’s something that maybe is inherent in people. They have the gift for gab. Those of us who write, we have a talent for communicating, and then it really becomes about polishing those skills, becoming better at it.”

At the same time journalists are sharing news stories on Twitter, many are also using it as a means of tracking down sources or pitching stories to editors.
“As a journalist, I’m constantly networking through Twitter,” Diamond said. “Almost every person I’ve interviewed in the 2 1/2 years, that has been initiated first through contact on Twitter. Interviews for stories that I had sold to publications, I have made my first contact with them through Twitter. So, it’s a way of networking with people.”

When talking about the future of journalism and the future of print journalism in particular, Diamond points to the era in which she was born — the 1950s — and the debates then about the rise of television and how it signaled the death of radio and film.

Diamond sees a similar hysteria occurring now with the rise of the Internet.

“Print is not going to die,” she said. “It’s changing. It is compatible with online, just like television and film are compatible with each other. You don’t have to kill one off in order to take the best advantage of the other. And so, I think print isn’t going anywhere and I believe it’s growing into something that is going to be different, obviously, just like radio changed when television.”

Greed and the myth of the Internet

The greatest danger to print media in not the Internet, Diamond said, but the corporate greed that insists that no matter what the sales of a particular publication are, whether they are up or down, the same profit margin must be maintained. In harsh financial times, that leaves companies with few options.

“The only way to do that is to begin to gut the thing you own, to spend less, to lay people off, to, bit by bit, begin essentially destroying your product,” she said. “So, essentially, they’re like vampires. They’re taking as much money, the blood of these companies, and putting it into their pocket.”

One solution to this self-devouring business model is for journalism outlets to become non-profits.

“I think having magazines and newspapers being non-profits is in some ways a wonderful idea,” Diamond said. “It takes away the incentive to gut the thing. I don’t know if this will ever come to be, but I do think that the greed of these corporations is the biggest problem, not the Internet.”

Read a transcript of our interview with Nina L. Diamond.