One Washington, D.C., reporter has taken mobile reporting to the extreme. For the past 2-1/2 years, Neal Augenstein of WTOP Radio has done all his field production on one device — his iPhone.

Neal has been a reporter at WTOP since 1997. The iPhone presented an obvious advantage to his everyday challenge of filing from the field. The iPhone was lighter than carrying recording equipment and a laptop. It also proved easier to get information to the audience, via Twitter or an audio clip on SoundCloud. 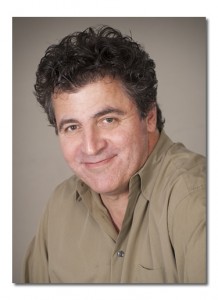 The audio quality from the iPhone, Augenstein says, is just about as good as using the standard recording equipment.

In the WTOP Newsroom, you’ll often hear Augenstein coaching interviewees over the phone how to use their iPhone to record the interview he’s about to do. Instead of doing the interview over the phone at his desk, Augenstein takes the moment to teach others how to use their phone as a recording and editing tool. And by doing so, gives them an active role in the piece that will be on the air on WTOP.

Neal also shoots photos and videos on his iPhone. He keeps a blog where journalists can learn more about recording and editing in a mobile format.

Neal shared with It’s All Journalism some of his tips for being a mobile reporter and how using the iPhone and only the iPhone has changed the way he does his job.

UPDATE: Neal Augenstein switched to an iPhone5 and donated his iPhone4 to the Newseum in Washington, D.C. Read More. (Nov. 15, 2012)