Arts and entertainment reporter John Wenzel writes about popular culture for both the print and online editions of the Denver Post. A Dayton, Ohio, native, he has written for RollingStone.com, Vice.Com and other entertainment outlets. He’s also the author of “Mock Stars,” a Speck/Fulcrum nonfiction book. 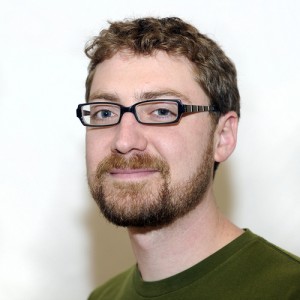 One of the Post’s online success stories is the HeyReverb music and culture blog that Wenzel co-editted with pop music critic and entertainment editor Ricardo Baca.

“At first, it wasn’t that different than most music blogs,” Wenzel told It’s All Journalism Producer Michael O’Connell. “We weren’t thinking of ourselves as competition for the larger music blogs out there.

HeyReverb made a name for itself through its music reviews, columns and coverage of local bands and national acts that come through town. In addition, the site sponsors recording sessions of local acts to create unique content for its readers to download. All this has helped it to become a one-stop shop for music and entertainment content for the greather Denver music scene.

“As it’s grown through the years and as we’ve added contributors and sort of rewritten our mission statement, it’s really become more than a music blog, more than a local music blog and a culture site,” Wenzel said. “Something that’s moving a little bit more in a direction like a Gawker media blog or New York Magazine’s Vulture site.”

As a significant link in the Digital First Media chain, the Denver Post is traveling the path of many legacy news outlets, trading its print-only tradition and embracing the new “digital first” mantra. It’s not an easy road to travel, but Wenzel sees postive strides being made online, especially in the arts and entertainment arena, in securing a new audience for the Post’s content.

“We want to offer things that sort of reinforce the brand that we like to think we’ve help to develop, which is younger, kind of hipper, more connected, more social media savvy,” Wenzel said.