Alexander Howard has a big brain, at least when it comes to things like big data, open government and all things digital.

As the Government 2.0 correspondent for O’Reilly Media, he spends a lot of time exercising his gray matter, pondering the way technology is changing society, government and journalism. The subjects of his reports run the gamut from cybersecurity and mobility to the growth of startups in realms undreamt of just a decade ago. 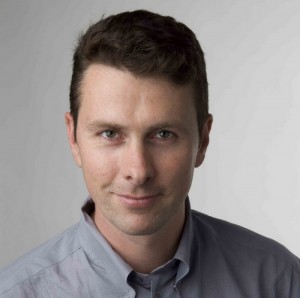 Alexander Howard is the Government 2.0 Washington correspondent for O’Reilly Media.

“There are some truly fascinating trends, I think, that are occurring, really anyplace where someone has a connected smartphone in their hands now,” Howard told It’s All Journalism Producer Michael O’Connell. “And I’ve been trying to chronicle that as best I can all said for almost three years at O’Reilly and for years before that as well.”

Howard not only covers the digital world, he spends a lot of time there as well, on Facebook, Twitter (@digiphile), Google+ and his blog, digiphile.wordpress.com.

“You can’t say ‘This is who I am,’ because who you are and what you do and how you’re thought of and the value that your work is given and the reputation you have is being created by all the people around it,” Howard said. “You can add your voice to it.”

This accessibility paid off in story ideas, corrections, connections and a first hand look at how people interact in the digital universe.

“The decision I made a number of years ago is to proactively put myself out on a lot of these networks, because I made the call, and I think it was an accurate one, that people would be searching for it on Google and all these networks and that it really behooved me to make myself findable and my work findable.”