Ethan Klapper is a political and social media junkie. So, with the 2012 presidential election heating up, the Rye, N.Y., native is in the thick of things as Huffington Post’s social media editor for politics.

“What goes out on social media is really becoming part of the story itself,” Klapper said. “And I do sincerely think you are missing things if you are not following this kind of story on social media, especially with the elections.” 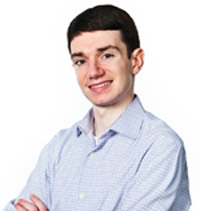 After the 2008 campaign, pundits were crediting much of Barack Obama’s success on his mastery of social media. They predicted a mass adoption of social media by candidates, Facebook and beyond during subsequent elections.

“I think you saw it very clearly in the 2010 mid-term elections, especially among Republicans who were trying to make up this big deficit that they had on digital campaigning and trying to match what the Democrats had put out in 2008,” Klapper said.

Through the summer, the two presidential campaigns have been hesitant in their postings on Twitter.

“People are very message-conscious on the Internet, in general, in these campaigns,” Klapper said. “And in the 24-second news-cycle we’re in, any kind of weird posting, any kind of potentially off-message thing will get disected and will become immediately the story of the day. So people are very, very cautious. That’s why you’re seeing one tweet a day from the Romney campaign and not many more from the Obama campaign.”

That being said, there’s still plenty of action for the political and social media junkie to follow, Klapper told It’s All Journalism.

Klapper graduated from American University in 2011 with a degree in communications and journalism.

Journalism in an instant