Zach Green has been closely following the 2012 presidential campaign. He’s the co-founder of 140Elect.com, a company that provides social media strategies for political campaigns. He says in this election cycle the battle for the White House will be fought in the Twitterverse. 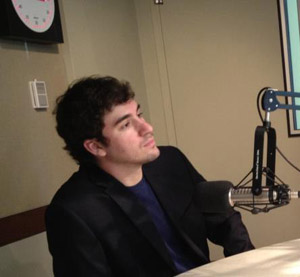 Zach Green talks to It’s All Journalism about Twitter use during the 2012 presidential campaign.

Green spoke to It’s All Journalism Producers Megan Cloherty and Michael O’Connell about what we can expect in the final weeks leading up to Election Day.

According to Green, both presidential campaigns are using Twitter differently — President Obama’s team are tweeting a flurry of “jabs” while Governor Romney’s campaign is looking for the Twitter equivalent of a knockout punch.

“What we’re seeing is Obama will be sending more messages overall, it will get more reach,” Green said. “When you look at individual messages, Romney gets more retweets per tweets, which is one metric.”

While Green doubted anyone’s mind would be changed by the contents of a 140-character tweet, he said Twitter is proving to be an effective platform for the campaigns to get their message out to the right people, i.e., members of the press who rabidly follow the Twitter-stream.