On his blog, Dan Oshinsky describes himself as “a reporter … entrepreneur, lover of start-ups … frequent troublemaker and builder of awesome stuff.”

But his main interest is telling stories. 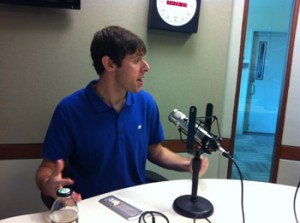 Dan Oshinsky talks to It’s All Journalism about the two projects he founded, Stry.us and Tools for Reporters.

Oshinsky’s current focus is Stry.us, a start-up that grew out of a reporting project through his work as a Reynolds Fellow at the University of Missouri’s School of Journalism.

In 2010, Oshinsky was inspired by the stories coming out of Mississippi after Hurricane Katrina. He saw this as an opportunity to write the long-form, personal stories he wanted tell. So, he quit his job, packed his cameras and notebooks and headed to Biloxi, Miss.

He spent three months documenting the stories of Biloxi’s residents as they struggled to put their lives back together after the storm. His reporting led to the first incarnation of Stry.us. 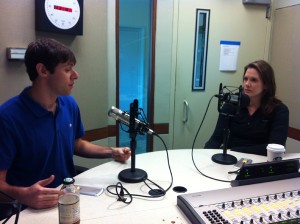 That, with the help of a Reynolds Fellowship, led to the website’s second incarnation in the summer of 2012. Oshinsky led a team of reporters to the Ozarks to cover the day-to-day lives of the citizens of Springfield, Mo.

Oshinsky sat down with It’s All Journalism Producers Megan Cloherty and Michael O’Connell about his passion for telling good stories and how he hopes to help other journalists expand their skills and ignite their journalistic passions.

Oshinsky aims to do this one weekly email a week at a time, sharing his knowledge and experience with reporters looking to do their job better.

“The next thing is answering a simple question, which is: ‘How can I help?’ With Tools for Reporters, it’s a simple thing, but how can I help people do a better job?” Oshinsky asked. “I have a lot of stuff at my disposal and I want to build a community of people to help themselves and that want to do better reporting that will serve our world.”

Listening to Oshinsky describe Stry.us and Tools for Reporters should inspire even the most cynical journalist to push away from his or her desktop, grab a recorder and report something important.

“I’m all about trying to put a dent in the universe any way I can,” he said.