The Internet gives us access to data and lots of it. But how can journalists use this information effectively, both in reporting and in storytelling?

WNYC, the local public radio station in New York City, has been creating useful, interactive and pretty nice-looking data visualizations on topics ranging from the prevalence of stop and frisk incidents by neighborhood to elections broken down by geography and demographics to the number of people who use the subway leading up to a Jay-Z concert. 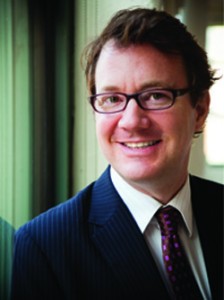 He shares how he became one of the country’s leading data journalists and what news outlets are using data effectively to enhance their storytelling.

Keefe discusses what went into WNYC’s innovative election coverage, from its 30 Issues in 30 Days examination of the issues behind the 2012 election to Debate Bingo!, an interactive game that allows viewers to play along with the candidates during the 2012 presidential debates.

Keefe also shared this list of resources for those looking to pick up some data skills or searching for new ways to tell stories using data.

Before becoming a data journalist, Keefe led WNYC’s news operation for nine years. Prior to that, he worked at two Wisconsin dailies, Discovery Channel Online and was the president of a digital production company. He’s also a member of the board of directors at the Online News Association.