Jaclyn Schiff has packed sunscreen, bug repellent, hats and other necessities. No, she’s not going camping.

She’s taking a new media focused trip. She’ll be traveling with a group of other socially-inclined journalists throughout Zambia as part of the International Reporting Project. 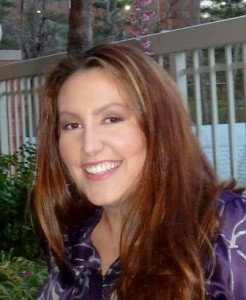 Schiff is the executive producer and host of the Pangea podcast, where she talks to media professionals about global health issues. She is also the communications director for the American Society of Tropical Medicine and Hygiene.

Over the course of two weeks, she’ll be conducting interviews and writing about how mobile phones are being used in creative and efficient ways to promote health.

“I want to take a closer look at how it’s been used in Zambia. I’m interested in the perspective of the patients — those who actually use mobile health. What’s it like for them? Is anything lost or gained by relying on mobile technology?”

The International Reporting Project seeks to fill the gap left by much of the mainstream media’s reduction of international news.

“I think it’s so different than covering domestic health policy. You’re talking to really different types of experts,” she said. “I’d place global health much more in the foreign news category than I would in health and science, although, it obviously varies very much depending on your story.”

It’s an opportunity for her to discover and share untapped narratives about global health. Also, it’s a chance to pull back the curtain on the reporting process. She will be sharing her experiences on social media, AllAfrica.com, and the IRP website.

“One of the things I find most interesting as a media consumer is the story behind the story,” she said.

Schiff is always looking for innovative ways to tell stories about global health.

She’s had an affinity for radio and audio storytelling since serving as the news director of George Washington University’s radio station in college.

“It’s a bit of an obsession that I have,” she said. “Growing up in South Africa gave me this more worldly view, and I thought that having conversations with media makers and media consumers who were working in the global arena could be interesting.”

Schiff believes radio is a medium for people who want interesting and different content that is deep.

She knows from her own experience that what fascinates her will appeal most to those tuning into Pangea.

“I think there has to be a learning component,” she said. “I think that’s what draws people in.”

The podcast was a natural extension of her desire to educate and elevate the global health conversation.

“I think a lot of people who tend to listen to podcasts are either avid media makers, and I use that term because I think it’s broader than journalism, or consumers of media,” she said. “It’s an interesting way to hook people into these issues.”

Schiff listens to a variety of podcasts for inspiration. She’s a fan of NPR’s On the Media and This American Life as well as The Adam Corolla Show and a few BBC and Public Radio International podcasts.

“Some of the biggest learning moments in my life have come from when I go outside the immediate area that I’m in and get a different perspective,” she said. “Finding tools and ideas that others use and bringing them into my work.”

Schiff knew she wanted to write about her continent of origin. She was born and lived in South Africa until she was 15.

“Some people in the international affairs program focused on health, which I wasn’t interested in at all,” she said.

But then a job came along after graduation that changed her mind—a job to write for a Kaiser Family Foundation website that was focused on global health.

“I thought, well this is an interesting way to write about Africa,” she said. “As soon as I started writing and learning about global health and just how much activity there has been on the scene in the last few years, I really got very interested in the issues and haven’t looked back.”