Most journalists have experienced a variation of the “obituary scenario” at one time or another.

You’re a radio station producer covering the death of a local politician, and you remember interviewing the deceased two years before. He was funny. He was engaging. It would be the perfect audio to accompany the obituary you are writing. 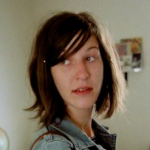 By Michael O’Connell
But where is the file?

“There’s a radio station in New Hampshire that we talked to, but it could really be anywhere cause it’s a classic scenario, the obituary scenario,” said Anne Wootton. “And they knew that they had the audio of a particular senator sitting in the station somewhere, but because of the staff turnover that they’ve had, they lacked that institutional memory. They lacked that path back to that audio and had no way of searching for it.”

Wootton and Bailey Smith believe they have come up with a practical solution to the “obituary scenario.” 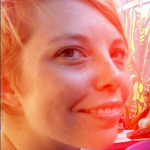 “Pop Up Archive is a Web application that makes audio searchable, leveraging technology for automated transcription and entity extraction and, as a result, making that audio accessible to many more people than ever before,” said Wootton, who met Smith when they were graduate students at the University of California at Berkeley’s Information School.

“Anyone using Pop Up Archive has the option of adding one or multiple audio files and organizing those files in sort of buckets or collections through which they can track certain projects,” Wootton said. “But whether or not they choose to organize, there is metadata that’s already automatically created and that’s what really makes the audio searchable. And that does include the transcriptions.”

Pop Up Archive started as the pair’s final thesis project, which was inspired by a chance meeting with Davia Nelson and Nikki Silva of National Public Radio’s The Kitchen Sisters.

“Anne met up with The Kitchen Sisters at, I think, some event, a party maybe,” Smith said. “And got to talking with them and she said, ‘Well, I’m interested in digital archiving.’ And they said, ‘Oh, that’s wonderful. We have all this material, and we’re losing it and we’d love it if you can come on board and try to help us build something out of,’ what they call, ‘their accidental archive,’ which is a really charming way to describe the material they’ve gathered over a 30-year relationship of creating audio for radio.”

As Wootton and Smith pursued a grant for digitization, they realized many radio producers were in the same boat as The Kitchen Sisters.

“There are archival systems out there, but they are cumbersome, I think, for a small shop to get into place and start using,” Smith said. “We wanted to help them find a way to make that process easier, and sort of came to the realization that there wasn’t anything out there that was really built for them and that we could step in and make that happen.”

The eventual solution they developed, Pop Up Archive, would not only make audio searchable, but it would also help producers better organize their audio.

“The sky’s the limit when it comes to just how much you want to track all your audio, but the problem is that most people don’t have the time to put that type of effort in themselves,” Wootton said. “And so, automating the process makes audio, which otherwise is just kind of as opaque as the filenames and however many nested folders you may have on your desktop [discoverable in ways it never used to be]. We’re trying to break that mold.”

Read a transcript of our interview with Anne Wootton & Bailey Smith of Pop Up Archive.