We return to Ferguson, Missouri, for this week’s podcast to have a conversation with Robert Ray, a correspondent with the U.S. cable news channel Al Jazeera America.

“Ferguson’s story is happening all over the country,” said Ray. “There hasn’t been a spotlight by the media on it, but it’s happening everywhere.” 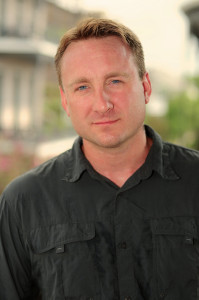 When we had this conversation, Ray had been on the story for five days. In that time, police had shot rubber bullets and tear gas at an Al Jazeera crew attempting to record a story away from the crowd of protesters.

“When I see journalists taking it like that, it’s upsetting. I don’t like it,” Ray said. “We have the right to report and document and when we’re not able to do that, we got serious problems.”

Ray talks about how he’s seen the story change and why it’s important for the media, despite the risks, to cover stories like the Michael Brown shooting and its aftermath.

“The thing is, if we don’t cover this all over the country, if we don’t actually look into it, how can the country get better?” Ray said. “And that is the most important thing that the media can do. Politicians can try to make the country be better, and certainly, some of them have that intention, but they are sometimes isolated in the bubble of bureaucracy and they have their hands tied. But what we can do in the media is go out there and show and listen and tell the stories of real people so that America’s eyes can open up better and we can become a better country.”