The ever-changing world of journalism has created a new crop of positions for young storytellers, that of the multimedia journalist or, in the case of Matt Pearl, solo video journalist.

Like many others, he dreamed of becoming a sports anchor but had no interest in working a news desk. After graduating from Northwestern University’s renowned journalism school, in which students were, at that time, limited to taking only a quarter of their classes in that department, Pearl got a job in Sioux City, Iowa. 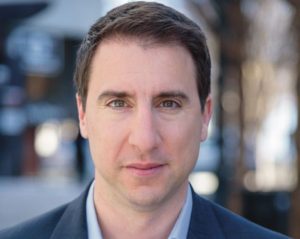 “I was a one-man sports department,” he recalls. “I wrote, shot, produced, edited and anchored two sportscasts a night. I saw early on the benefits of that, having control over your product.” His second job, at the NBC affiliate in Buffalo, New York, again proved the ability to cover all facets of the job made his particular skill set not only valuable, but as giving him a flexibility other reporters didn’t have.

“I was a sports reporter there but when big events happened, like when the Sabres made the Stanley Cup playoffs, I got to travel with the crew,” he says. “It wasn’t because I was the main sports guy, I was not, but my bosses knew I would shoot the main guy’s live shots and do feature pieces on the side. Our team would have a two-person presence with only two people. In 2008, my parent company at the time was looking for one-person crews to go to the Democratic National Convention and provide video stories for the websites of Gannett’s newspapers.”

As a result, he was “50 feet from Barack Obama when he accepted the nomination to be president.”

Now a multimedia journalists for an NBC affiliate in Atlanta, Pearl believes there are great advantages to being able to serve as both reporter and camera crew. He also feels his skills and willingness to serve multiple functions within a news team have been the “biggest factor in any success I’ve had and the majority, if not all, of the opportunities I’ve received,” which include covering three Olympics, the recent inauguration and the Super Bowl in Houston.

Multimedia journalists, or solo video journalists as Pearl calls them (and himself) don’t have to worry about finding a camera person to shoot a story if one comes up. “If I want to wait five minutes to get the perfect shot of a sunset or a car driving by, I don’t need to try and convince someone to get that shot for me and, if I don’t use it, I don’t need to explain it. There’s a lot of freedom that comes with that. The thing I always try to impress on younger solo video journalists is really taking advantage of that, especially when you’re young. Local news stations will welcome that kind of initiative and enterprise storytelling.”

On the other hand, Pearl wanted to get a feel of how others in his position viewed their jobs. A recent study from Pew showed that nine of 10 newsrooms use solo video journalists, especially in local newsrooms, and half of those newsrooms rely on those journalists as a majority of their team.

Pearl posted a series of questions online asking how solo video journalists how they feel about their jobs, their perception of how the industry views their job, and the future of those positions.

“Multimedia journalists believe in themselves and enjoy the actual job,” he says. Most of those who took the survey indicated they enjoyed the various tasks they undertake — shooting, interviewing people, editing, etc. The only thing that was viewed negatively is setting up their own live shots, something newsrooms are increasingly asking them to do on a regular basis. Surprisingly, however, a majority of respondents indicated they don’t see themselves in this position in 10 years.

“Are we going to potentially lose a great talent pool because we’re not devoting enough attention to this position?” he asks. “There’s so little we know about how to properly institute this job at stations.”

On this week’s It’s All Journalism podcast, host Michael O’Connell talks to Matt Pearl, a solo video journalist at NBC’s Atlanta affiliate. He also discusses writing his recently published book, The Solo Video Journalist: Doing It All and Doing It Well in TV Multimedia Journalism. Find out more about Matt at his blog, Telling The Story.