Journalism has got this thing for The New York Times and rightfully so.

Few news outlets in the U.S. publish Times-level quality journalism and certainly not with the same frequency as The Times.

It’s the gold standard, the freaking Newspaper of Record. 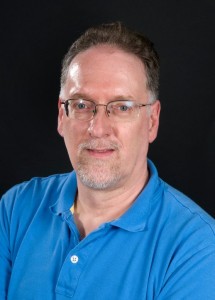 That’s what people usually say when they’re discussing the future of journalism. We’re all floundering here, but The New York Times can do this or that because it’s at a different level.

But, have you seen The Times’ Innovation report?

The report is a self-examination of how a large, legacy news organization needs to change in order to thrive and, because it’s the Times, lead in the new digital world.

It’s a typical piece of Times reporting, detailed, multi-sourced and filled with lots of graphics. Oh, and it’s long.

The report is also a quality piece of journalism and, more importantly, a significant document for any newsroom trying to figure out how to take advantage of the disruption that digital technology has wrought upon our industry.

Hey, journalists, this is where your head should be at.

The report reveals many flaws in the paper’s current approach to digital. It points to other, digital-only outlets — Huffington Post, Buzzfeed, Vox.com — that are succeeding where the Times is floundering.

It’s significant that the full Innovation report was not released to the public. Instead, the document was leaked and posted online by Buzzfeed.

This week’s podcast features Steve Buttry, the Director of Community Engagement & Social at Digital First Media. He’s quoted in the Innovation report and has written about it on his blog, The Buttry Diary.

We talk to him about the Innovation report and the other big story swirling around the Times’ newsroom, the firing of executive editor Jill Abramson.

‘The Jockey’: Bells, whistles and a whole lot more

Behind the Scenes: Podcast #94