Digital technology has transformed the way journalists are doing their jobs.

We all know that.

What may not be as obvious for everyone, not just journalists, but EVERYONE, is how it’s affected the legal environment journalists operate in. 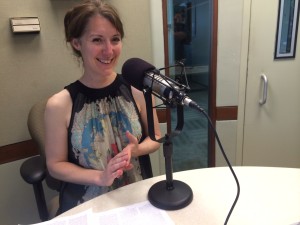 “One of the trends that we’re seeing now is that a lot of the libel lawsuits 20 years ago were brought against professional media organizations,” said Ashley Messenger, senior associate counsel at NPR and adjunct professor at American University’s School of Communication. “Now they’re being brought against ordinary people who are posting things on Yelp or making comments on Facebook or Twitter or what have you. Everybody now needs to really understand media law and know what their rights are and what their responsibilities are.”

But this is America. The First Amendment protects our speech, even on the the Internet, right?

That, according to Messenger, is a popular myth.

Most libel problems, however, can be avoided by “good, rigorous, ethical journalism,” Messenger said.

In other words, journalists doing their jobs the way they’re supposed to — using multiple sources, following up and confirming information.

“But it’s not a perfect overlap,” she said. “There are times when information is perfectly ethical and appropriate to disseminate, but it’s not necessarily legally protected.”

Messenger recently wrote an article for AEJMC Law & Policy Division’s Media Law Notes entitled “Five Realities Every Journalism Student Needs to Know” — a list she admits she’d already change — and one of the five points is “Freedom isn’t free, and there is no First Amendment Fairy.”

“You actually have to sue the government or otherwise take some sort of action,” Messenger said. “You have to sue somebody. You have to do something. It doesn’t resolve itself most of the time.”

Unfortunately, that means you’re probably going to have to spend money and hire lawyers.

Ashley Messenger discusses a variety of topics on our podcast that are relevant to working journalists, including copyright law, FOIA and hate speech. Her new book, A Practical Guide to Media Law, is available through Pearson. Digital copies are available from Amazon.

#91 – Jen Reeves: How to use social media, shoot video on your phone