WASHINGTON – Knowing an audience is one of the most important aspects to keep in mind for any journalism organization. For Ryan Teague Beckwith and Amber Phillips, it makes their job very different from that of their counterparts. 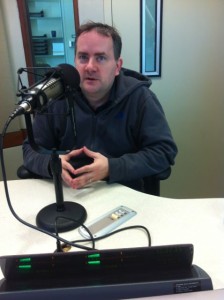 They can’t drill down too far on a bill or topic. They can’t report something that has implications in only one region. They keep their political reporting broad and digestible.

“We’re not looking at a Politico audience that is really there for the latest who-called-who-what-in-the-cloakroom kind of stuff. What we spend a lot of time doing is saying, ‘All right, what’s going on in D.C? We spend a lot of time thinking about what’s going on in D.C. and we read all that coverage and then we say, ‘What does that mean for you,'” Teague Beckwith said.

It can be a challenge from a reporting perspective not only to decide what to cover, but what angle to take. Especially given such wide parameters. 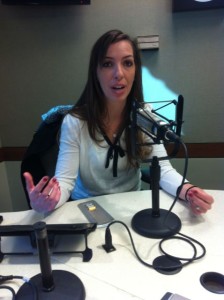 “When I talk to congressman and explain who we are and why they should talk to me, we have to get over the idea that it’s regional; that even though we’re writing for these local sites, we’re not necessarily writing about regional issues. We really have to keep it very national,” Phillips said.

Thunderdome is experimenting with new technology in reporting including using Google Glass and operating it’s own drone from the New York office. While Teague Beckwith says they are simply playing with the drone to see how it takes video and what the limitations are, he says it’s important to both understand and stay in the forefront of technology.

That’s especially true for stories that can be told visually. The team tries to approach each story with an open mind and report it in the medium that would serve it best.

“For us I think the rule tends to be, ‘Can we make that as visual as possible while still relaying information that the average reader cares about and putting that info in bite-sized chunks?’ That’s like the bottom line for us,” Phillips said.

Mystery of the Dramatic Drone

#75 – Joanna Demkiewicz and Kaylen Ralph just do it